Vice President of the Federal Republic of Nigeria, Professor Yemi Osinbajo has commended Gombe State Governor, Muhammadu Inuwa Yahaya for taking the lead in keying into and implementating the Federal Government’s At- Risk- Risk-Children Programme, ARC-P. 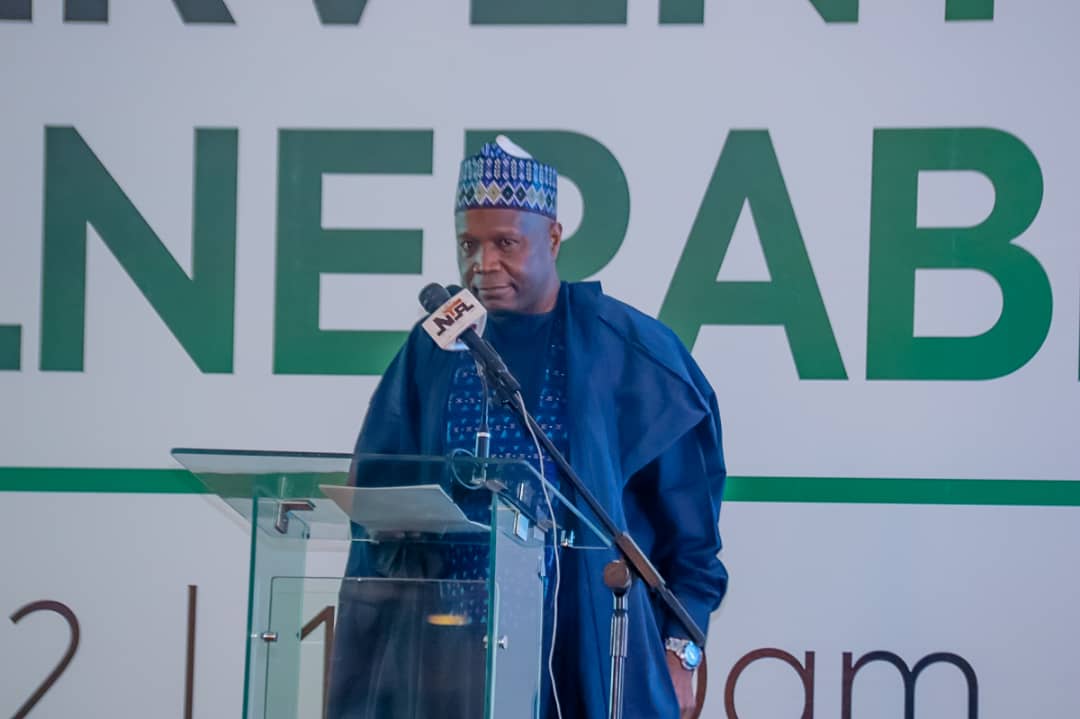 The Vice President stated this during the national stakeholders’ summit and formal launch of the ARC-P held at the Banquet hall of the Presidential Villa in Abuja, where Governor Inuwa was specially invited to share the experience of Gombe in the implementation of the ARC-P, especially being the first state in the Federation to pilot the implementation of the programme.

The VP also lauded Sokoto, Ekiti and Kaduna states for keying into the programme, calling on other States of the federation to take advantage of it towards improving the lives of vulnerables in their respective states.

He said aside from the FG’s initiative of lifting 100 million Nigerians out of poverty, enforcement of compulsory compliance in ensuring the implementation of basic education in Nigeria, ARC-P is the next most important human development initiative that complimented the government’s effort of securing a fruitful future for the Nigerian youth.

“Youths constitute about 65% of the Nigeria’s population as such human development policies by government, private sector and well meaning citizens need to be given the desired priorities so that Nigeria can have a better and reliable future leaders. 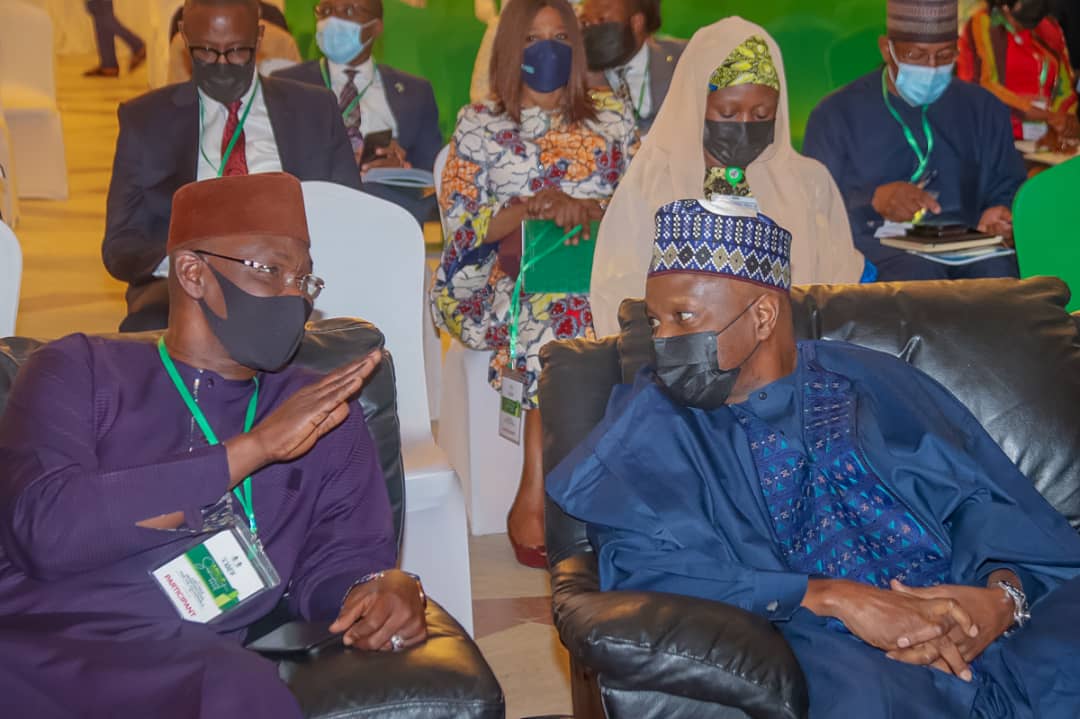 Speaking at the event, Governor Inuwa Yahaya said his administration will continue to make good use of the opportunities offered by ARC-P to safeguard the rights, welfare and wellbeing of vulnerable children and youths in the state.

He told the participants that for Gombe state government and its people, the ARC-P programme came at the right time, considering the magnitude of disruption to lives and livelihoods caused by the boko haram insurgency in the North-East Sub-region.

He said under the programme, Gombe State has so far completed the recruitment and training of 500 youths facilitators across various skills around the 7 pillars of ARC-P.

He added that the government also commenced stakeholders’ engagement in Tsangaya Schools and orphanages across 25 Communities to be launched as temporary community hubs for the commencement of skill acquisition training.

Governor Inuwa also told the gathering that just last week, he flagged-off the training of the first batch of 500 youths under Gombe State Security, Traffic and Environmental Corps (GoSTEC) to be trained on different categories in the areas of security, traffic and environmental tasks in close collaboration with statutory security agencies.

He noted that all the highlighted achievements could not have been achieved within the shortest period without the support from the presidency.

“When our administration came on board in 2019, it was discovered that Gombe State has one of the highest rates of out of school children with over 700.000 children (Seven hundred thousand) roaming the streets and these children face uncertain future due to exposure to all forms of risks and vulnerabilities which if neglected will not only deny them participating actively in socioeconomic life of the society but will also jeopardise the peace ans security of the country”, he added.

He said hence the large number of the out of school children are associated with the Almajiri system of education his administration made concerted effort to secure the cooperation of Tsangaya School owners and practitioners in expanding access to early-grade education to all Almajiri children. 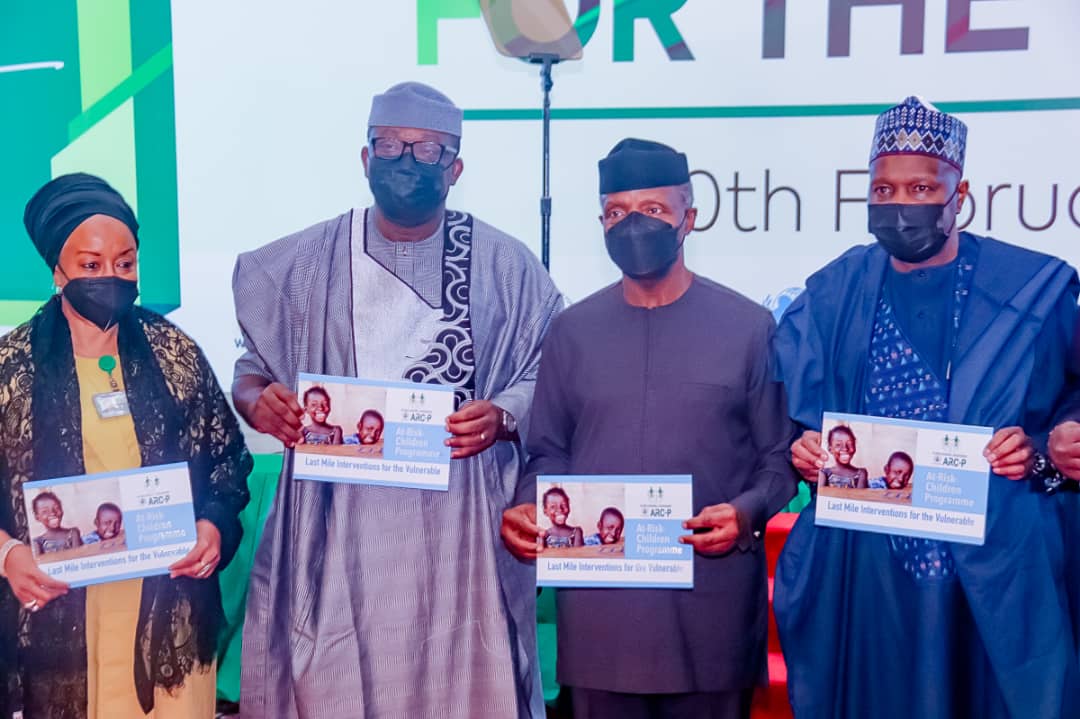 Governor Inuwa said soon after the introduction of ARC-P, his government liased with the office of the Special Adviser to the President on Social Investment, Hajiya Maryam Uwais to see how Gombe state would key into the initiative.

“Having signed the MoU, an advisory committee was set up, led by my wife the first lady who is a passionate advocate of child right, I also appointed a project lead with a portfolio of Special Adviser on human capital development to expand the scope of the office to accommodate our State’s peculiarities to ensure full and unhindered implementation of advisory Committee’s directives and policies for the programme”.

He said hence the large number of the out of school children are associated with the Almajiri system of education his administration made concerted effort to secure the cooperation of Tsangaya School owners and practitioners in expanding access to early-grade education to all Almajiri children.

Governor Inuwa believes children and young adults, especially girls are disproportionately affected by natural and man made disasters such as the brutal insurgency that bedevilled the northeast region for the past decade, noting that in many conflict situations, thousands of children in the six States of the Northeast have become victims of forced displacement, kidnapping, maiming, child soldier syndrome, sexual molestation and forced labor among similar others

“Although Gombe is not the epicentre of the Boko Haram conflict but its geographical location in the centre of the northeast has made it a regional shock-absorber as can be seen most vividly in the influx over the years of internally displaced persons from the frontline States of Borno, Adamawa and Yobe.

He said the highlighted developments overstretched the State’s basic infrastructural Services, especially Schools, health and Social care facilities due to these demographic changes that necessitated the introduction of new and varied measures to provide for the educational, health and other needs of large number of vulnerable Children and Youths.

The Special Adviser to the President on Social Investment, Hajiya Maryam Uwais gave an overview of the ARC-P programme, the gains made, challenges encountered and the recommended measures to improve.

The event was attended by governors of Ekiti and Nasarawa States, Ministers, members of the National Assembly as well members of the diplomatic corps and development partners.