…Alleges persons of integrity are excluded

The Arewa Youth Consultative Forum( AYCF) has expressed worry over the list of President Buhari’s appointees in INEC, alleging that excluding some persons of integrity would endanger credibility in the service of Nigeria’s electoral umpire. 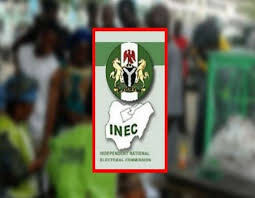 In an issued statement, captioned: ” INEC Commissioner Nominees: Why is it that persons of proven integrity are endangered under President Buhari ?” which was signed by President of the AYCF, 77d, that the list containing names of Commissioners to be appointed into INEC clearly excluded persons that the Nigerian people have applauded for their undoubted commitment to credible elections, since they were appointment into the Election Management Body way back in 2011.

”Whereas no human being is indispensable, it is important to question the motive of removing Individuals that represent true reforms and integrity of our electoral process and expect Nigerians to hope for credible elections in 2023.”

“Consequently, we, at the AYCF, have the following posers for President Muhammadu Buhari:-Why should Prof. Okey lbeanu, someone people in INEC regard as extremely brilliant with high integrity be denied tenure renewal because he supervised a credible election in Anambra?”

“Why should an honest and straightforward personality like AVM Mu’azu be refused a second tenure and why should the National Commissioner Engr. Nahuche, regarded as a very disciplined person, resign from INEC when our public institutions like the electoral body need such people to promote and propagate the institutional values that INEC is meant to promote?”

“Why should someone like the Resident Electoral Commissioner (REC) of Sokoto, Sadiq Musa Abubakar who demonstrated character and integrity in the 2019 election not be appointed as a National Commissioner?
“Why is it that under this administration, persons who demonstrate incorruptibility, a high sense of integrity are either exited from the system or are endangered while servicing, under the government of Mr. President who is reputed to be a man of integrity?”

“While we present these posers, it is also pertinent to ask ourselves critical questions about integrity and service to this nation:- Why is it that these few RECS that have shown uncommon integrity given the sensitive nature of INEC job and others who exhibited the same character of consistency and did well in 2019 election are now side-lined?

“How does a nation get a pool of the required critical mass of people to man its institutions to give credibility to process and outcome? If those who have shown competence and demonstrated good character are treated with disdain, what message is the president sending to the general public about integrity, if these few exceptional individuals are treated in this manner? “

“If Mr President fails to review the list of Nominees for Senate and make changes, the clear message is that serving your country with integrity and honesty doesn’t matter anymore.

“The list of current nominees do not command public confidence of Nigerians because they are establishment and largely partisan proxy nominees, a trend that Nigerian electoral history was forced to retreat from after the 2007 general election. If this is not reversed, it may portend bad omen for the coming general elections and beyond”.

“We, therefore, call on Mr. President, for sake of national interest and a need to safeguard our electoral democracy in 2023, to recall the list sent to the Senate and appoint people who have proven records of commitment to electoral integrity that Nigerians already know nationwide. This is in order for Nigerians to have confidence in the preparations for the 2023 elect”.