Air travellers, as well as commuters, were forced to trek to get to the airport in Lagos yesterday, due to the blockade of the road by students under the aegis of the National Association of Nigerian Students, (NANS), protesting the strike action of the Academic Staff Union of Universities, (ASUU). 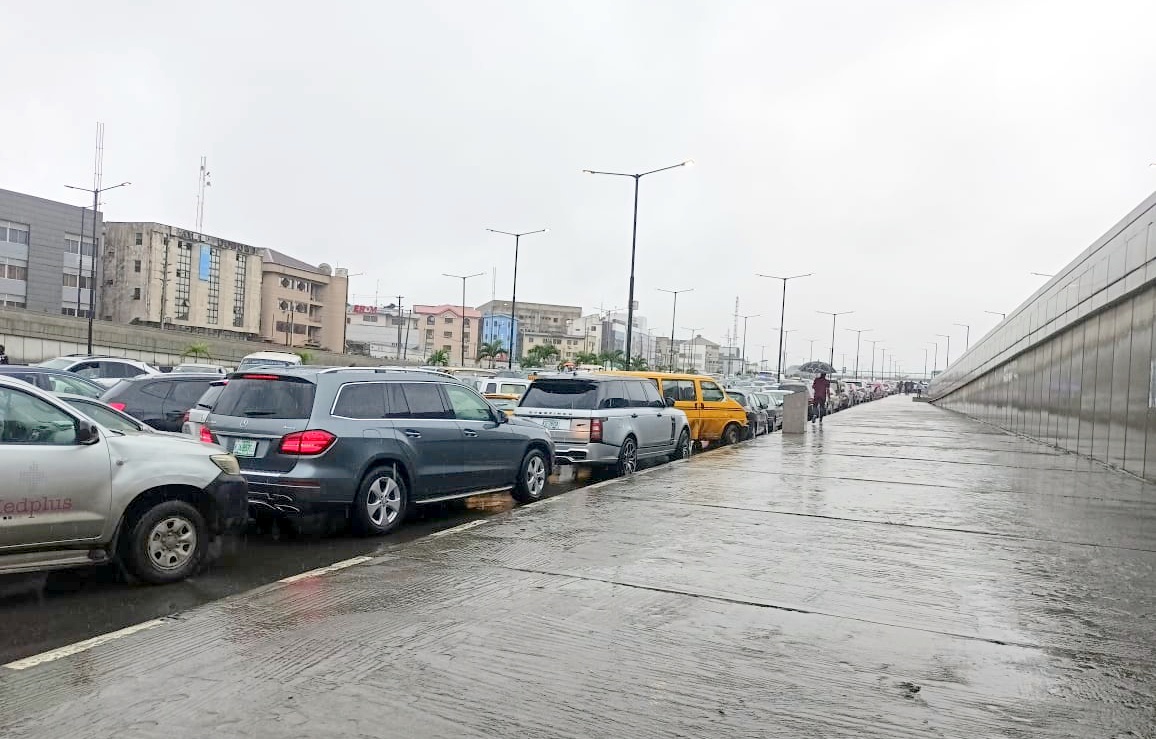 Recall that ASUU has been on strike since February 14, 2022.

Due to the protest, the travellers were seen trekking to the Murtala Mohammed International Airport, in Ikeja. It was gathered that some Lagosians were making business out of helping travellers carry their luggage to the airport.

Other travellers moving in and out of the airport were also seen walking as they carried their luggage, even as some street urchins did brisk businesses by assisting some of them.

The action of the students, who defied the heavy downpour, caused gridlock, leaving many travellers stranded and alighting from their vehicles to trek to the airport. The students carried placards chanting Aluta songs to express their displeasure over the actions of the Federal Government. 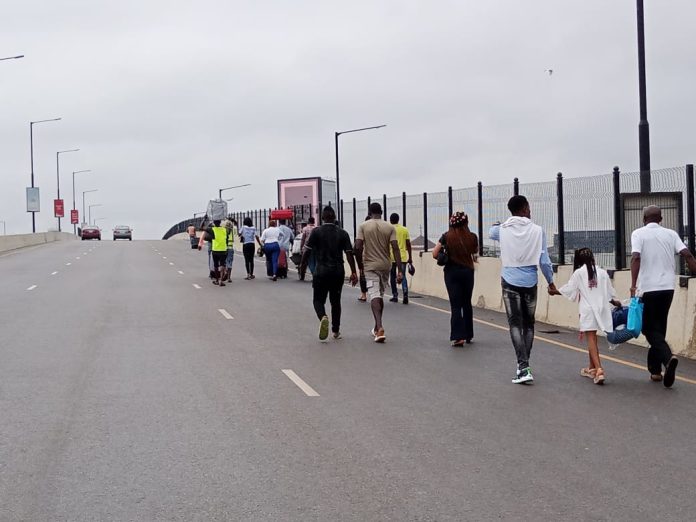 Meanwhile, Police from the Lagos State Police Command were sighted on the road to protect and maintain order. Also, despite the ordeal, the travellers commended the students for coming out.