The House of Representatives is set to investigate the Federal Ministry of Agriculture and Rural Development over extra-budgetary spending worth N48.426 billion, according to reports. 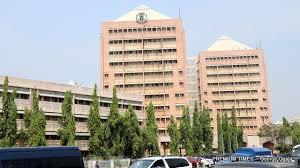 The House on resumption from the Christmas and New Year recess expected to investigate the Ministry over the non-payment of eligible contractors despite the release of N98,961,267,652.50 in the 2018 Appropriation Act.

The details were contained in the audit query issued by the Office of the Auditor-General of the Federation, (oAuGF), submitted to the House Committee on Public Accounts for further legislative action.

Paragraph 2906 (ii) of the Financial Regulations, (FR), stipulates, amongst others, that ‘…all procurement plans must be supported by prior budgetary appropriation as proof of availability of funds. In other words, payments that are not provided for in the annual estimates shall not be accepted’.

“The above anomalies could be attributed to weaknesses in the internal control system at the Federal Ministry of Agriculture and Rural Development”, it stated.

According to the report, the Ministry took risks of: “Misappropriation of government funds; difficulty in funding budget”.

In its response to the audit query, the management of the Federal Ministry of Agriculture and Rural Development informed the oAuGF that “the action is regretted,” adding that “the matter is under investigation by relevant anti-graft agencies”.

While acknowledging the Ministry’s response, the oAUFG, in its recommendations, directed the Permanent Secretary is requested to furnish reasons for the extra-budgetary spending of N48,425,543,895.72 and refund the said sum to the Treasury.

To this end, the oAGF directed the Permanent Secretary to forward evidence of refund to the Public Accounts Committees of the National Assembly, and otherwise, apply sanctions relating to the irregular payment specified in paragraph 3106 of the Financial Regulations.

In its response to the oAuGF audit query, the Ministry’s management submitted that “direct payment could not be made to beneficiaries because they were yet to be enrolled on the GIFMIS platform. However, efforts are ongoing to conclude the enrolment process”, the report stated.

In its recommendations, the oAuGF directed the Permanent Secretary is requested to furnish reasons why persons other than the rightful beneficiaries on payment vouchers were paid, recovered and refund to the Treasury, the sum of N700,179,314.37.

The Permanent Secretary directed to “forward evidence of refund to the Public Accounts Committees of the National Assembly, and otherwise, apply sanctions relating to irregular payment and payment for jobs.