The leadership of the National Association of Local Government Employees (NULGE), yesterday, alleged plans by some State governors working underground to truncate the autonomy of local governments in the country. 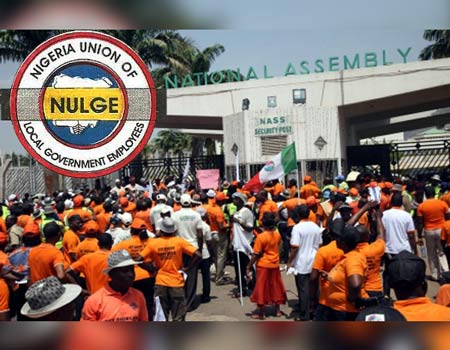 NULGE National President, Comrade Olatunji Ambali, who briefed newsmen in Abuja on the update of Local Government autonomy, said only 10 out of the 12 States which passed the Autonomy Bill have voted in support of the autonomy.

He listed the States to include; Abia, Anambra and Enugu in the South-East; Edo, Akwa-Ibom and Delta in the South-South; Ogun and Osun in the South-West, while Ekiti and Lagos States voted against the autonomy respectively. In the North-Central and North-West, Ambali said, only Kogi and Katsina States have endorsed the autonomy, while no State in the North-East has passed the Bill.

Speaking further, Comrade Ambali accused the Ekiti, Plateau and Kebbi State governors of working against the passing of the local government autonomy. Ambali, who lauded the National Assembly for taking the path of honour to vote in favour of autonomy for LGs, said he has been inundated with clandestine moves by State governors to truncate the process at the State Houses of Assembly.

Recall that the National Assembly had on Tuesday, voted in favour of full autonomy for local government councils in the country, a development that has allegedly angered State governors who collect funds on their behalf from the Federation Account. Although the National Assembly has passed it, it will require a 2/3 majority of the state Houses of Assembly to also pass it.

Comrade Ambali, who noted that the struggle for granting full autonomy to local governments has been a long-standing one, said some National Assembly members have come under pressure and threats from State governors not to support the idea, adding that Nigeria will continue to slide towards disintegration if these governors continue to undermine the autonomy of the local government system.

According to him, the only solution to fixing Nigeria’s problems and rural-urban drift was for all the State governments to vote in support of local government autonomy.

NULGE said when the autonomy takes full effect the development will trickle down to the local government councils who are at the grassroots.