Armed men suspected to be bandits terrorising some parts of Zamfara State have abducted the father of the Speaker of the State House of Assembly, Nasiru Mu’azu Magarya. 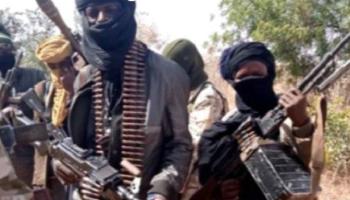 The assailants also kidnapped the Speaker’s stepmother, uncle and other four persons during an attack in Magarya community of Zurmi local government area of the State.

The Zamfara State Police Command on Thursday confirmed the abduction of the father and stepmother of Speaker of the state House of Assembly, Alhaji Nasiru Magarya.

However, Shehu said, “The Command has deployed a squad of security personnel to rescue the abducted persons”.

Meanwhile, the Director-General, Press and Public Affairs, Zamfara State House of Assembly, Mustapha Jafaru-Kaura, has said the Assembly would react officially to the development.