The Zamfara State government said that over seven hundred thousand people are currently displaced from their homes due to banditry and are now taking refuge in various Internally-Displaced Persons (IDP) camps across the State. 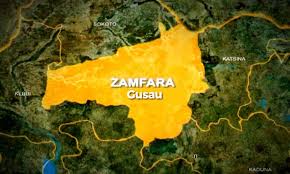 The State’s commissioner for information, Ibrahim Dosara, while addressing newsmen at a briefing in Kaduna State, said each of the 14 local government areas of the State currently has emergency relief desk officers shouldering the responsibilities of assisting the IDPs in their respective councils.

Dosara further noted that the Humanitarian Ministry has established 8 centres to take care of the hundreds of thousands that have been displaced so far.

Dosara appreciated the untiring efforts of the ministry and other international donor agencies who have been complementing the efforts of the state government “through cash transfers to the IDPs ranging from N30,000 to N40,000 periodically to these victims”.

The commissioner also commended the Federal Government for committing huge sums in the same regard, adding that the humanitarian agencies have embarked on training some of the victims, helping them acquire various skills including but not limited to tailoring, barbing, and pure water making.

They are also said to have provided tricycles, popularly called Keke-NAPEP, for some beneficiaries.

In a related development, the Commissioner of Security and Homes Affairs, DIG Mamman Tsafe, while addressing newsmen, said the state has recruited 4,200 Community Protection Guards, (CPG).

According to Tsafe, guards recruited comprised of ex-servicemen, volunteer able-bodied men, and other patriotic citizens of the state willing to support security operatives to confront the bandits in their enclaves with a view to curtailing the menace.

The commissioner, while assuring those present that the guards have been well trained on how to handle arms, said recruiting these individuals will provide the supported need to oust the bandits from the State.