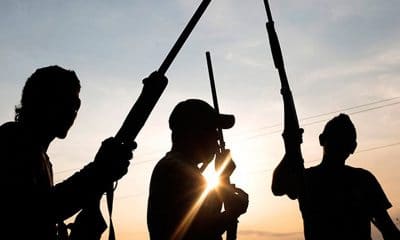 A resident in the area, Malam Yunusa, said the terrorists also killed four other people at the nearby Daddara village, located within the same LGA.

He said the bandits looted several household items, as the villagers ran for safety.

He said the bandits carrying sophisticated weapons invaded the village (Daddara Liman) around 11.30 pm on Wednesday and started shooting.

The PPRO informed that the DPO in the area alongside military personnel engaged the terrorists in a fierce gun duel before they were chased away.

He said the DPO and military personnel chased them away, while five people, including the village head, were killed by bandits and one person is still missing.