The Federal Government yesterday gazetted an order of the High Court proscribing bandits and declared their activities as terrorism. 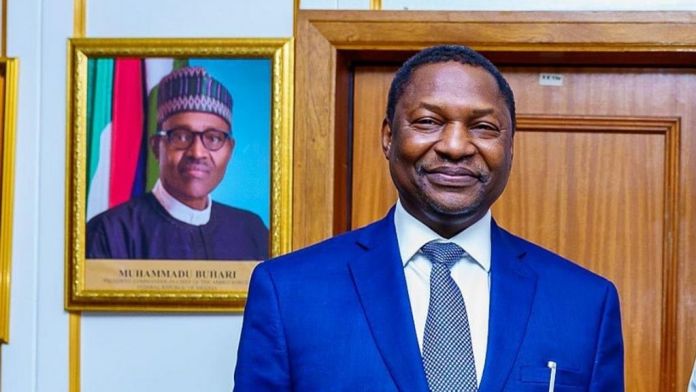 In the official gazette titled: ‘Terrorism (Prevention) Proscription Order Notice, 2021‘ and released yesterday by the Attorney-General of the Federation, (AGF) and Minister of Justice, Abubakar Malami, (SAN), the federal government relied on the order of the Federal High Court, Abuja.

The Court Order stated:
“1. THAT ORDER is hereby made declaring the activities of the Ist Respondent (Yan Bindiga group), 2nd Respondent (Yan Ta’adda group) and other similar groups in any part of Nigeria, especially in the North-West and North-Central regions of Nigeria as acts of terrorism and illegality.

“2: THAT ORDER is hereby made proscribing the Ist Respondent (Yan Bindiga group), 2nd Respondent (‘Yan Ta’adda group) and other similar groups in any part of Nigeria, especially in the North-West and North-Central regions of Nigeria, either in groups or as individuals, by whatever names they are called, and publishing same in the Official Gazette and two (2) National Dailies.

“3: THAT ORDER is hereby made proscribing any person or group of persons from participating in any manner whatsoever in any form of activities involving or concerning the prosecution of the collective intention or otherwise of the Ist Respondent (Yan Bindiga group) and the 2nd Respondent (Yan Ta’adda group) under any other name or platform, however called or described.

“4: THAT ORDER is hereby made against the groups stated in the application as Ist and 2nd Respondents and all other similar criminal groups operating in any part of Nigeria to carry out banditry, kidnappings for ransom, kidnapping for marriage, mass abduction of school children and other citizens, cattle-rustling, enslavement, imprisonment, severe deprivation of physical liberty, torture, rape, sexual slavery, enforced prostitution, forced pregnancy, other forms of sexual violence, attacks and killings in communities and other commuters and wanton destruction of lives and properties in Nigeria”.

Recall that in November, a Federal High Court, in Abuja, granted an ex-parte application for gunmen and bandits to be declared as terrorists.