Bandits Tuesday struck along Kaduna-Birnin Gwari Highway killing a commercial driver identified as Auwal Ibrahim as well as four vigilantes in Randagi village in western part of the town.

The driver was said to be commuting between Birnin Gwari and Kaduna when the bandits struck and snuffed life out of him in the evening of Tuesday 2nd February, 2021.

Kuyello Town in Eastern Birnin Gwari was also said to be attacked this evening with number of casualties yet unconfirmed.

Birnin Gwari and neighbouring Chikun and Igabi Local Government Areas of Kaduna State have been hotbeds of kidnapping for ransom, banditry with many lives often lost and communities ravaged with farm produce and animals carted away. In the process, they also often set houses ablaze, raping and maiming women and young girls. 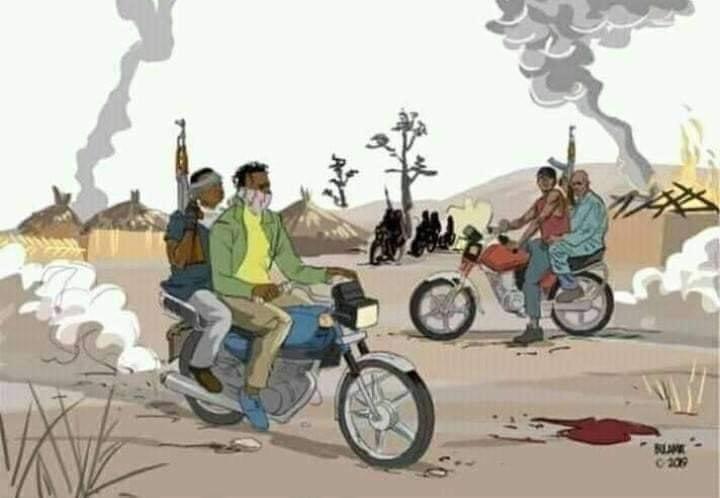