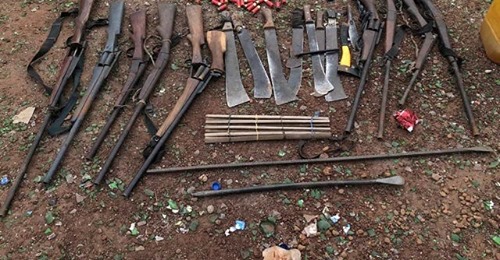 Military sources were quoted as saying that their troops stormed the palaces of the monarchs based on intelligence. The escaped District Head was said to have left his palace when he learnt that his colleague had been arrested.

The report further said that one AK-47 assault rifle, one magazine, 20 rounds of 7.62mm ammunition, one locally-made mortar tube and one vehicle were allegedly recovered from Adzer.

The Benue State government had imposed a curfew on three local government areas of Ukum, Katsina-Ala, and Logo, also known as Sankera axis, over the high rate of insecurity since the killing of a popularly known as Gana, a warlord in the State, Terwase Akwaza,  by soldiers in September 2020.