Parents have been tasked on the birth registration of their children as it remains the first and most crucial means of identification of any individual.

Focal Person for the National Orientation Agency, Yusuf Muhammed Balarabe and other stakeholders made the call at a community dialogue to sensitize parents on the parents on the importance of the registration held in Zaria.

The dialogue with the theme; Conduct of community reorientation and grass root dialogue on an improved birth registration in in 60 local communities of 6 local government areas”, Yusuf Muhammed Balarabe said birth registration remains vital, central and crucial because it is the first and most means of identification of any individual irrespective of age, sex, religion or ethnicity.

The exercise he said was a follow up on sensitization on birth registration and reorientation in collaboration with the National Population Commission, Kaduna State Government with support from the United Nations Children Fund UNICEF.

Also speaking, the controller National Population Commission, Nasiru Muhammed Shafihi emphasized that birth registration is crucial for planning and development as no meaningful growth and development can happen in any society without factual data. Birth registration he stressed remains the most credible means to get the population of any society.

The District Head of Hanwa, Shuaibu Muhammed said the importance of birth certificate has no limit as every step of every human development, it is a document that will be sought after.

He applauded the government for the effort to bring the exercise to the doorstep of the masses.

Parents of the registered children aged zero to five also appreciated the efforts and prayed it is sustained. 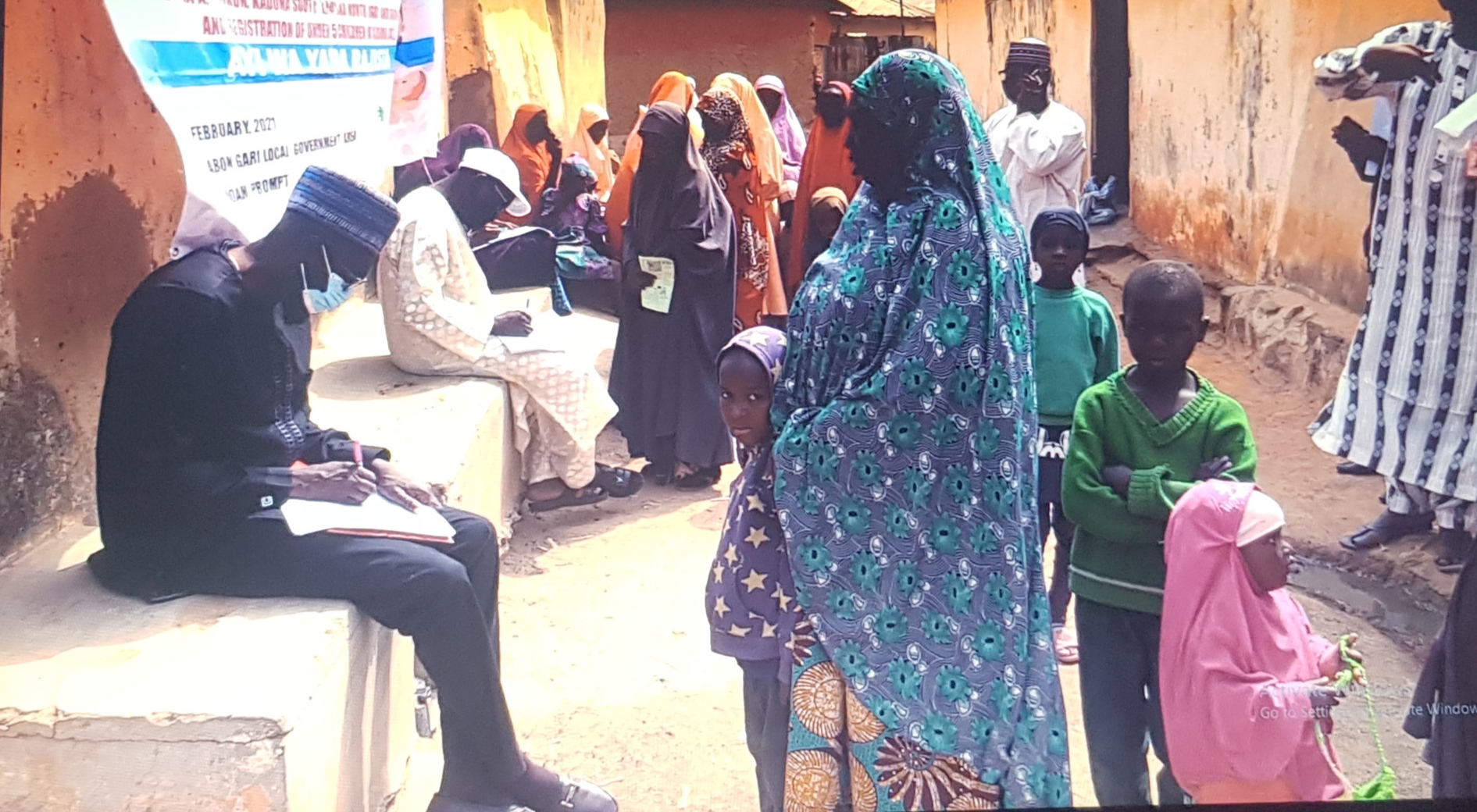