The lack of diversification of the economy over the years has put the nation’s economy in a perilous state and has consequently left it at the mercy of international oil prices. 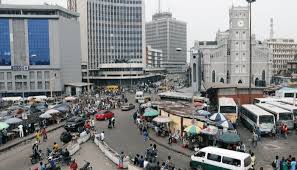 Complaints and cries of agony are heard from every part of Nigeria. Citizens are lamenting hard times. Everywhere one turns, the complaint, “no money” is the sing-song.

The Federal Government, which has made borrowing its cardinal policy, has over-borrowed and now living with the consequences of not even being capable of putting smiles on the faces of workers under its employ.

It had announced that it would be unable to pay the salary of civil servants this December. The Nigeria Labour Congress, (NLC), the umbrella body of workers in the country, has since screamed as ‘foul’.

Nigerians, once regarded as the happiest people on earth, are today the saddest. Every rating organisation has scored the country zero on many fronts.

While the unemployment rate is so high at 33.3% and the inflation rate at 15.99% according to the released Consumer Price Index report, by the National Bureau of Statistics, (NBS), in October. Nigeria has been rated the poverty capital of the world with one of the worst human rights records.

A nation of over 100 million people has a large population of the poor with a negligible club of the super-rich, who incidentally find it difficult to sleep now because the poor are awake.

It is startling that Christmas is six days from today, yet no sign of festivity in the air.

Some years back, by now gift items and hampers would have flooded everywhere, but they appear to be scarce commodities this time around. A few that are in the market and shops are too exorbitant for the average Nigerian.

Ordinarily, for surviving Covid-19 since 2020 and still alive in the face of emerging variants, especially Delta and recently Omicron, an average Nigerian would have rolled out big drums to celebrate the survival.

But that celebration is on hold, because there is no money to celebrate. The worst still is that many are not going to celebrate Christmas and New Year the way they used to; there is no purchasing power to do so.

It is obvious that the successive recessions witnessed in the country in the last four years, and the impact of the pandemic-induced lockdown in 2020, which is still being felt today have combined to make the people poorer and drain deep pockets, leaving many with little or no purchasing power.

The high level of inflation, which has seen the prices of goods skyrocket this year more than any year in the history of the country, has resulted in many adjusting and cutting costs, even for Christmas this year.

With a bag of rice going for about N30,000, two litres of cooking oil going for N2,500, tomatoes and onions scarce due to the impact of herdsmen attack farmers, chicken and cow meat are very expensive, many families see no reason to celebrate this Christmas with empty pockets.

A carton of frozen chicken popularly called ‘Orobo chicken’ which was formerly sold for about N9,500 from the cold room, now goes for N19,500 while a kilo goes for about N2,400.

For those who usually travel to celebrate with their loved ones, the unimaginable high transport fare is a major obstacle as a single adult will spend close to N50,000 to and fro on transport to the desired destination this festive season, particularly those who live in Lagos, wishing to travel to any South-East state.

As of Saturday, all inter-state transport companies had increased their fares for routes across the country by 100 percent.

The ever-busy Lagos-South-East route, which was about N8,000 as of last week in November, was pegged from N15,000 on Saturday, and is expected to increase further to almost N25,000, some worried observers noted.

Generally, low-key festivity is expected this year as the pandemic is still much around coupled with the fact that insecurity abounds in some of the places people usually travel for comfort in the past.

A public affairs analyst, Kunle Okunade, said he was not surprised about the current high cost of staple foods across Nigeria as it is usually the situation during the festive period, adding that the situation has been worsened by the bad economy in the country presently.