Following the recent escalation of offensive operations coupled with non-kinetic efforts by troops of its ‘Operation Hadin Kai’, which yielded massive surrendering of Boko Haram and Islamic State of West Africa Province, (ISWAP), terrorists in the North-East, the chief bomb expert of the terrorist group, known as Musa Adamu a.K.a Mala Musa Abuja, and his second-in-command, Usman Adamu a.k.a Abu Darda, along with their families and followers have also finally surrendered to the troops in Bama LGA of Borno State. 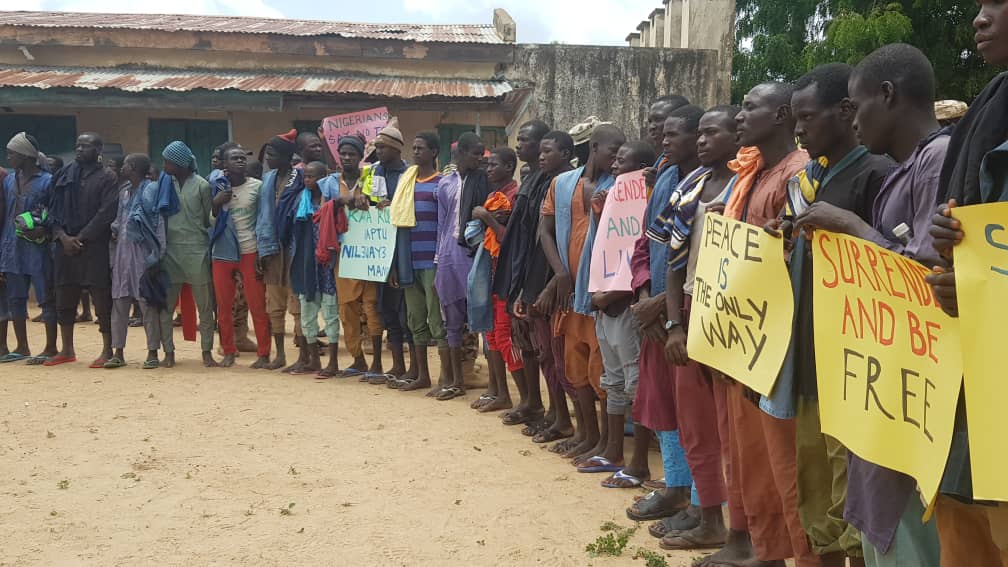 “During the visit, the GOC said their decision to drop their arms and come out is highly commendable, adding that they should also try and talk to their brothers and colleagues in the forest to come out and embrace the new life of peace and rehabilitation.

Gen. Eyitayo, who spoke through an interpreter, further disclosed that they will undergo some rehabilitation process at a Government facility before reintegration into the larger society.

While distributing new clothes and assorted food items, groceries and toiletries to the surrendered terrorists and their families totalling 335 fighters, 746 adult women and children including one of the abducted Chibok girls, it was observed that the reasons for such massive turn was basically due to the intensified Nigerian military campaign on their enclaves and environs and also with the overwhelming famine, discontent, internal skirmishes, health challenges as well as untold hardship. 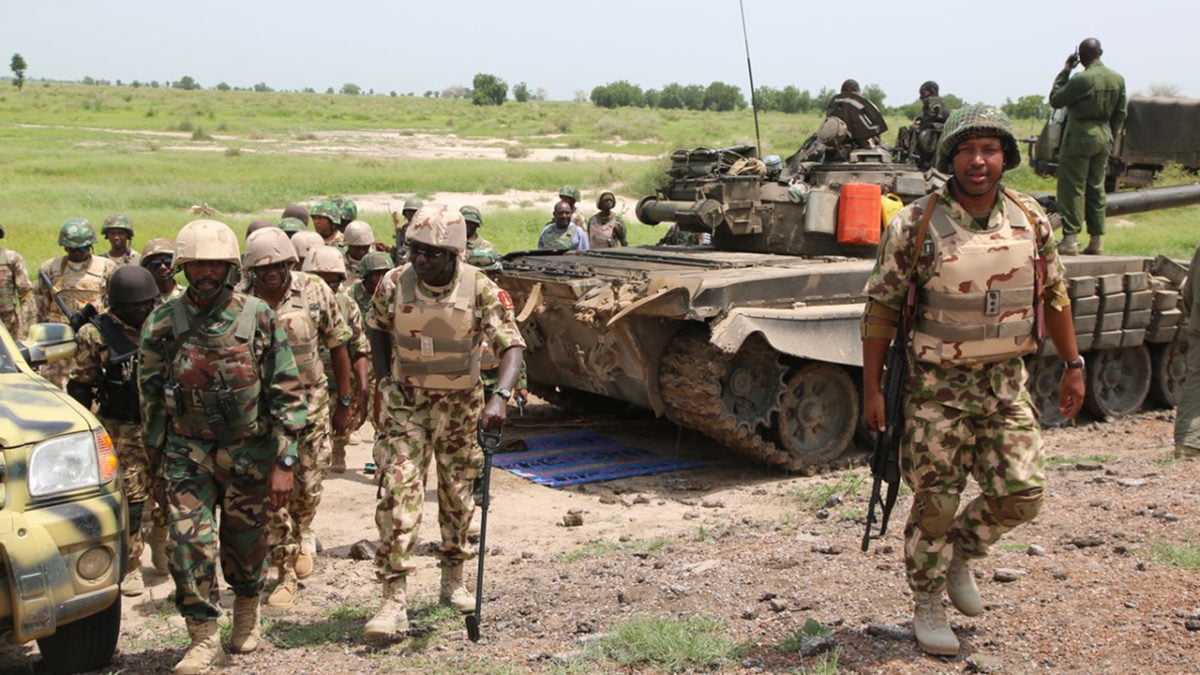 The statement added that the Nigerian military has resolved to intensify both its kinetic and non-kinetic approach towards the on-going fight against insurgency in order to leverage on the knowledge of Musa Adamu and Usman Adamu and also with the current wave of turnout by terrorists, to enable it to achieve both short and long-term counter-insurgency gains in the North East region.