…His spokesman makes further clarification on why he travelled abroad

The National Leader of the All Progressives Congress, (APC), Bola Tinubu, has travelled out of the country to rest after weeks of going around the country to seek support for his 2023 presidential aspiration. 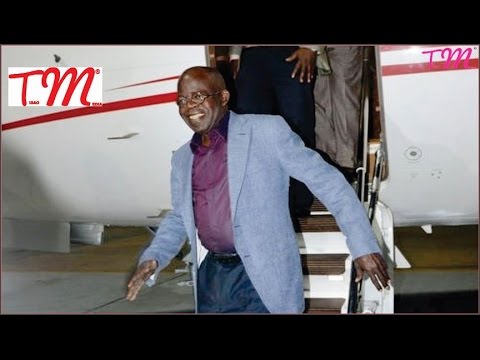 A source in the former governor’s camp told newsmen that Tinubu travelled out ‘to see his family’ and also to rest and see his doctors. According to him, “He (Tinubu) travelled abroad to rest after going around the country for consultations. he travelled to rest and strategise”, the source said.

However, his spokesman, Tunde Rahman, has said the Asiwaju is in fine health and excellent spirits. Rahman also confirmed that the 69-yr-old ex-governor of Lagos State travelled overseas to hold some meetings and further consultations in line with his 2023 presidential ambition.

The aide, yesterday, said the APC stalwart would return to Nigeria next week.

Recall that Tinubu had stayed in the United Kingdom for over three months in 2021, when he underwent surgery and therapy for a knee injury.

He, however, returned to the country in October of the same year and travelled to some parts of the country including Oyo, Niger, and Zamfara states to widen consultations for his political ambition.

On January 10, Tinubu travelled to the statehouse Abuja to see President Buhari where he disclosed his intentions to run for President in 2023.