Borno State Governor, Babagana Zulum, on Monday stopped his convoy to assist some women and girls who were fetching firewood by the roadside in the Monguno area of the State. 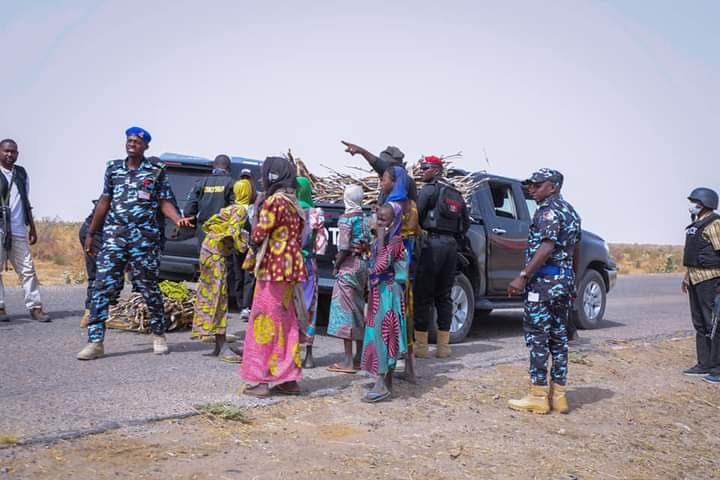 His motorcade was moving to Monguno in the northern part of the state at the time about 12 young girls stood by the roadside.

On spotting the girls, the governor reportedly ordered the convoy to stop, bearing in mind the dangers associated with stopping at the road, which is known for Boko Haram activists. 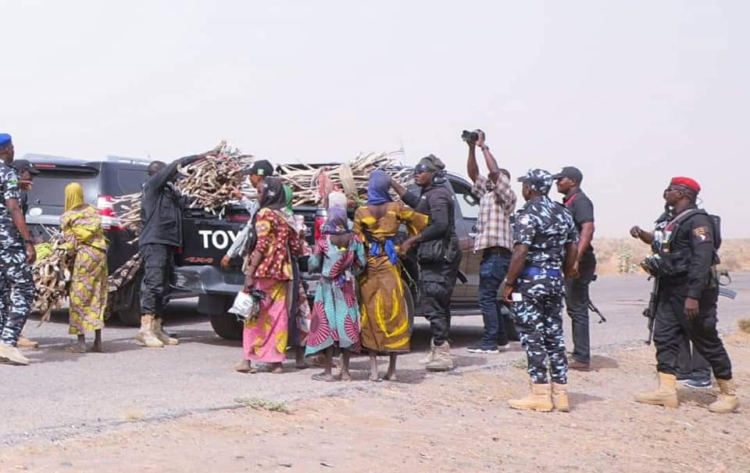 In some pictures trending on social media, the governor was seen surrounded by his security aides who helped some of the women. Then he zoomed out of his official car and headed straight to where the girls stood, asked what they have come to do at the place, about 15km to Monguno.

Zulum thereafter ordered his security aides to give the little girls a lift back to Monguno alongside their firewood conveyed on another vehicle.

The young girls were fetching firewood, which serves as a source of energy to the devastated residents, whose livelihoods were denied as a result of the over-decade-long insurgency.

Firewood is the major energy source for cooking and heating among rural households in the insurgency-ravaged area.