The Department of State Security (DSS) has invited Kaduna-based Islamic cleric, Sheikh (Dr.) Ahmad Abubakar Gumi, for questioning over remarks he made in a television interview where he allegedly opined that the secret operatives were conniving with bandits as a business. 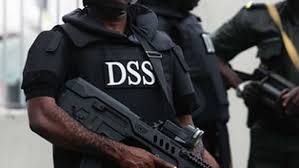 A report by the Voice of America (VOA) Hausa service monitored on Friday, said Gumi was invited at the Kaduna office of the DSS, after the military authorities took exception to comments by Sheikh Gumi, alleging that their operatives were conniving with bandits.

Gumi is known for making controversial statements regarding bandits and killer herdsmen.

However, Gumi’s spokesman, Tukur Mamu, in an interview with VOA Hausa, dismissed the allegation against Gumi, saying there was nowhere in the TV interview where Gumi categorically accused the entire military.

He, therefore, urged the military and the TV company to apologise to Sheikh Gumi and retract their statements against him or else he will seek legal action.