There is palpable anxiety in the camp of the Peoples Democratic Party (PDP), as four members of its National Working Committee (NWC) have allegedly returned monies reportedly credited to their bank accounts by the party leadership. 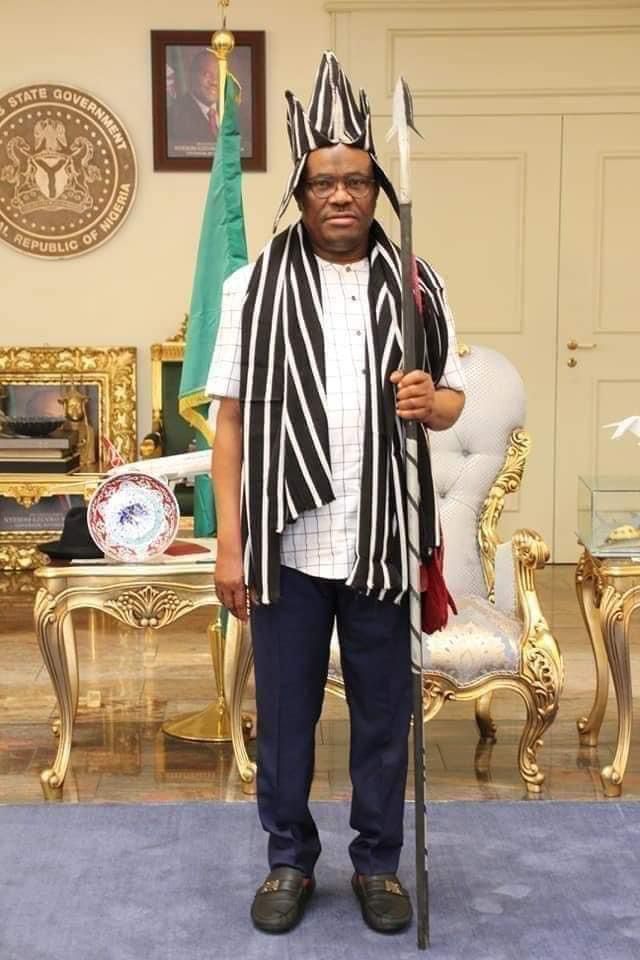 Recall that in recent weeks, there has been a crisis in the PDP over the insistence of allies of Rivers State governor, Nyesom Wike, on the resignation of the party’s national chairman, Iyorchia Ayu. Amid the crisis in the party, there have been allegations of financial misappropriation against the Ayu-led NWC of the party, with claims that funds from the sale of nomination forms have not been properly accounted for.

It was alleged that Arapaja got N36 million of the said money transferred into his bank account while Orbih and Effah-Attoe got N28.8 million each. 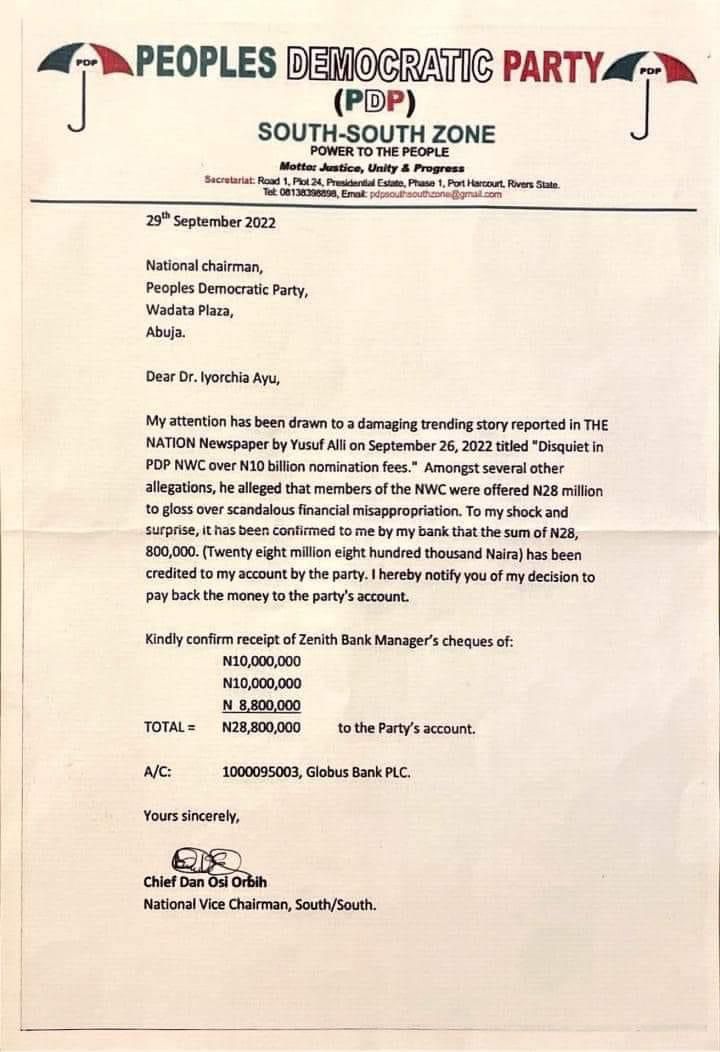 In his letter addressed to Ayu, Arapaja cited a report which alleged that members of the PDP NWC were offered a “humongous” amount of money to “silence” financial misappropriation in the party. On her part, Effah-Attoe said she didn’t feel comfortable being in possession of the N28.8 million. 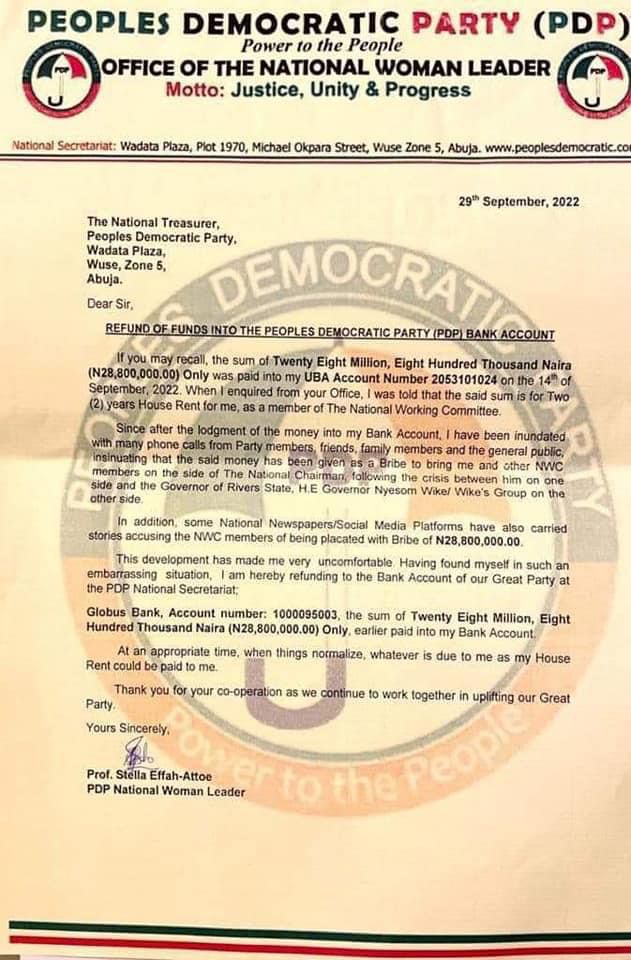 The party, however, swiftly refuted the bribery allegation, in an issued press statement yesterday, signed by its National Publicity Secretary, Debo Ologunagba, whereby it stated that, “The attention of the National Working Committee (NWC) of the PDP has been drawn to misrepresenting reports in a section of the media alluding strange and unfounded motives to the Housing Allowance duly approved and paid to NWC members and staff of the Party

The NWC has noted that this misleading report stemmed from an unfounded publication by a particular media outlet which suggested that the Housing Allowance, an entitlement duly approved and paid to national officials and staff of the Party amounted to bribery.

“For the avoidance of doubt, the PDP states in an unequivocal term that no funds were paid into the account of any member of the NWC as bribe for any purpose whatsoever for that matter. To set the record straight, the Housing Allowance being referred to went through the due process of the party in line with the conditions of service and entitlement of the staff and principal officers of the party. If any individual, for any reason decides to return money duly approved and paid, such does not in any way suggest that the money was paid as bribe or indicate that it was illegitimate or unlawfully paid.

A bribe is defined as “money or any other valuable consideration given or promised with a view to corrupting the behaviour of a person especially in that person’s performance as a public official…”. This is not the case in the payment of Housing Allowance duly approved for officials and staff of the Party.

“The PDP therefore urges all members, teeming supporters and the general public to disregard the report and misleading insinuation which are clearly designed to malign the PDP, cause disaffection and distract our Party from our mission to Rescue, Rebuild and Redirect our nation from the misrule of the All Progressives Congress (APC).