Eminent Nigerian leaders have continued to express sadness over the news of the passing on of former head of the Interim National Government, Chief Ernest Shonekan, who died in Lagos yesterday, at the age of 85. 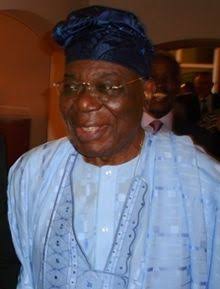 President Muhammadu Buhari, who expressed profound sadness over the news of his death, in an issued statement by his spokesman, Femi Adesina, extended his deepest condolences to Chief Shonekan’s wife, Margaret, his loved ones, as well as the government and people of Ogun State.

The President noted that the Late Shonekan demonstrated to all that the love for country and commitment to her development, peace and unity transcended the trappings of office and the transient nature of political power.

The President prayed that the memory of the departed Head of Government would remain a blessing to Nigeria even as he found perfect peace with Almighty God.

Also, in a condolence message to the Shonekan family and the Government of Ogun State, former President Goodluck Jonathan described him as “an elder statesman, well-loved for his sincerity and sense of purpose.”

Similarly, former military President, General Ibrahim Badamasi Babangida, described Shonekan’s death as shocking. Babangida stated this in a press statement he personally signed and made available to the newsmen in Minna.

On his part, former Special Adviser on National Assembly Matters to the late former President Shehu Shagari, Tanko Yakasai, has said that the death of Chief Shonekan was sad to the county.

According to him, “it was very unfortunate that the country lost a highly intelligent person”, adding that the Late Chief Shonekan played a very important role in the nation-building and the development of this country.