President Muhammadu Buhari yesterday inaugurated five key projects in Ogun State, assuring Nigerians that two major federal roads under construction, the Sagamu-Benin expressway and the Lagos-Ibadan expressway, would be commissioned before the end of 2022. 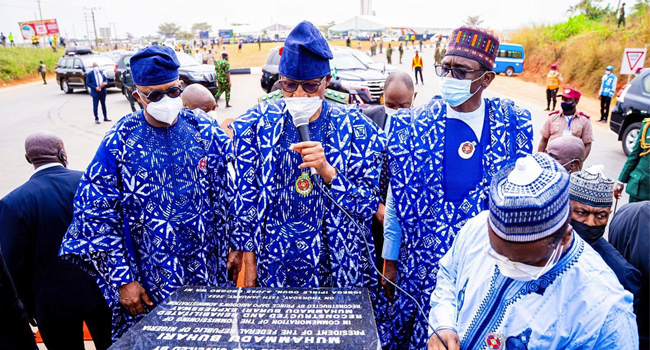 The President was on a one-day presidential visit to the State to inaugurate some projects by Governor Dapo Abiodun’s administration.

Addressing residents of the State, the President heaped praises on Governor Abiodun, for delivering visionary and trail-blazing projects for the people, even in the midst of prevailing and challenging circumstances occasioned by the Covid-19 pandemic.

According to an issued statement by his special media aide, Femi Adesina, the President described Abiodun as the ‘performing Governor of Nigeria’s Gateway State’.

President Buhari added that the governor is a worthy example of ‘promises made, promises kept’.

The President noted that the lofty projects: the Gateway City Gate; the 42-km Sagamu Interchange-Abeokuta Road; the 14km Ijebu-Ode-Epe Expressway and two Housing Estates for low, medium and high-income earners at Kobape and Oke-Mosan in Abeokuta, respectively, could not have materialised without the State government’s huge investment and commitment to the security of lives and property of the people.

The President thanked the residents of the State for the warm reception accorded him and his entourage in the Gateway State, which is his first visit to any State in the New Year. 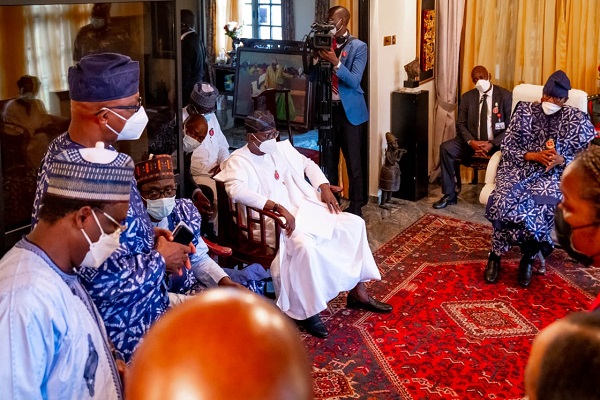 President Buhari, also yesterday, visited the Lagos residence of the Late Chief Ernest Shonekan to commiserate with his family.