Ø  ‘All eyes are on you’, Sultan tells Northern govs.

The Northern Elders Forum, (NEF), has lamented what they described as the “dangerous situation” in the North.

The spokesman of the Forum, Dr. Hakeem Ahmed, while speaking to newsmen at the venue of the governors’ meeting in Sir Kashim Ibrahim, Kaduna Government House yesterday, said the northern communities were lost, as there seems to be no solution in sight. 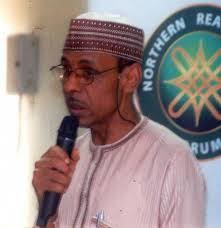 Dr. Hakeem advised the governors to settle the rift between themselves in order to collectively find a solution to the insecurity problem in the country. He lamented that President Buhari does not appear to know how deep the insecurity challenges in the North is.

Similarly, the Sultan of Sokoto, His Eminence, Sa’ad Abubakar III, has said that all eyes are on the Northern governors to liberate the region from the scourge of criminals.

Speaking during the governors’ meeting yesterday, the traditional ruler said the region has suffered from insecurity for too long. The Forum also advised the Northern governors to stop fighting in public as the region is facing a multifaceted problem that citizens look upon them for succour.

Also speaking, the Arewa Consultative Forum, (ACF), said they are in full support of any efforts that will bring peace to the region.

Speaking on behalf of the forum, the Deputy Chairman of the Forum, Senator Ibrahim Ida, remarked that too much blood had been shed in the region, saying, “It is time to join hands to bring an end to these wanton killings and destruction in the region”, adding that the economic potentials of the region is being threatened by Boko Haram and other forms of criminalities threatening the main foundation of our nationhood.