President Muhammadu Buhari yesterday received the Governors of Cross River and Zamfara States, Ben Ayade and Bello Matawalle, respectively, who recently left the Peoples Democratic Party, (PDP) for the All Progressives Congress, (APC), congratulating them for having the courage to leave their “constituencies”. 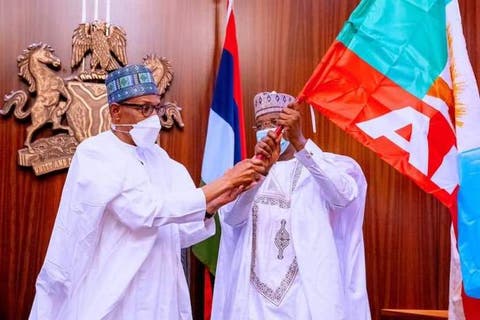 The APC new entrants were accompanied to the event by the Chairman Caretaker Committee of the Party and Yobe State Governor, Mai Mala Buni, Kebbi State governor, Atiku Bagudu, who is Chairman of Progressives Governors Forum, and Governor Muhammed Badaru Abubakar, of Jigawa State.

According to a statement issued by the President’s Special Adviser to the President on Media and Publicity, Femi Adesina, President Buhari handed the flags of the Party to the two Governors, raised their hands aloft, and declared: “This is one of the happiest times for us in this Party. For you to have the courage to leave your constituencies speaks a lot. I wish Nigerians will reflect on it.

“We emphasised that we respect our people. That was why we insisted on free and fair elections. Leaders should show honesty and respect for their followers.” 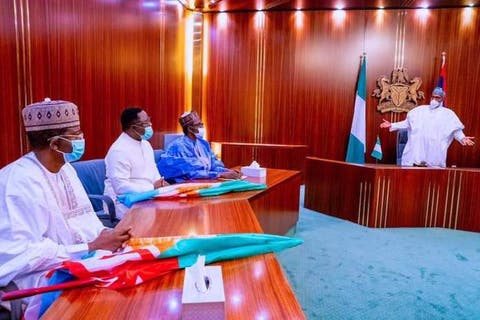 President Buhari added that the coming of the two Governors to APC was very important to the party, adding: “To be principled and identify your objectives is a great quality that should endear us to our people. Your people will respect you more for having the courage to come to APC at your own time”.