The Federal Government, on Friday, fulfilled its promise of allocating houses to the victorious 1994 Super Eagles Team after 28 years.

The Minister of Works and Housing, Babatunde Fashola, handed over the Certificate of Occupancy (C-of-Os) of three bedrooms Federal Government houses to each team member in Abuja.

The promise was actually made by the then military government of Gen. Sani Abacha, when the Super Eagles Squad won the African Cup of Nations (AFCON) in Tunis, Tunisia, in 1994.

Fashola said it was an opportunity to remember the country’s heroes, the valiant Eagles to whom the country made a promise of providing houses for winning the 1994 AFCON.

“We arrange with members who were beneficiaries to choose where they will be allocated, and we anticipated that it is possible we give you allocation letters”, Fashola said during the presentation.

“We decided that we will be handing over at the commissioning site so that there are no more gaps to fill. We promised this and we will want to make sure that it does not delay any further. We planned that this will be done in a conducive environment so that there will be no more loopholes. 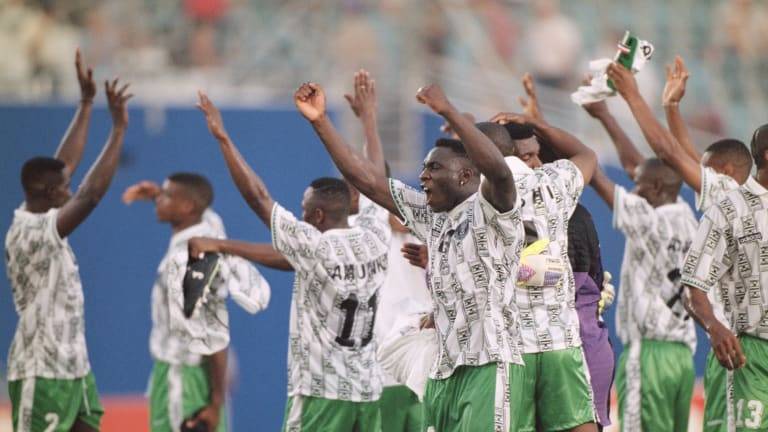 Fashola also assured that Finidi George who was not included in the initial list will get his own house.’’

“And indeed, we found out that the name of Finidi George was not included, and we told Mr. President; I’m sure that he will provide a remedy for that”.