President Muhammadu Buhari has returned from London, the United Kingdom, after a routine medical check-up. 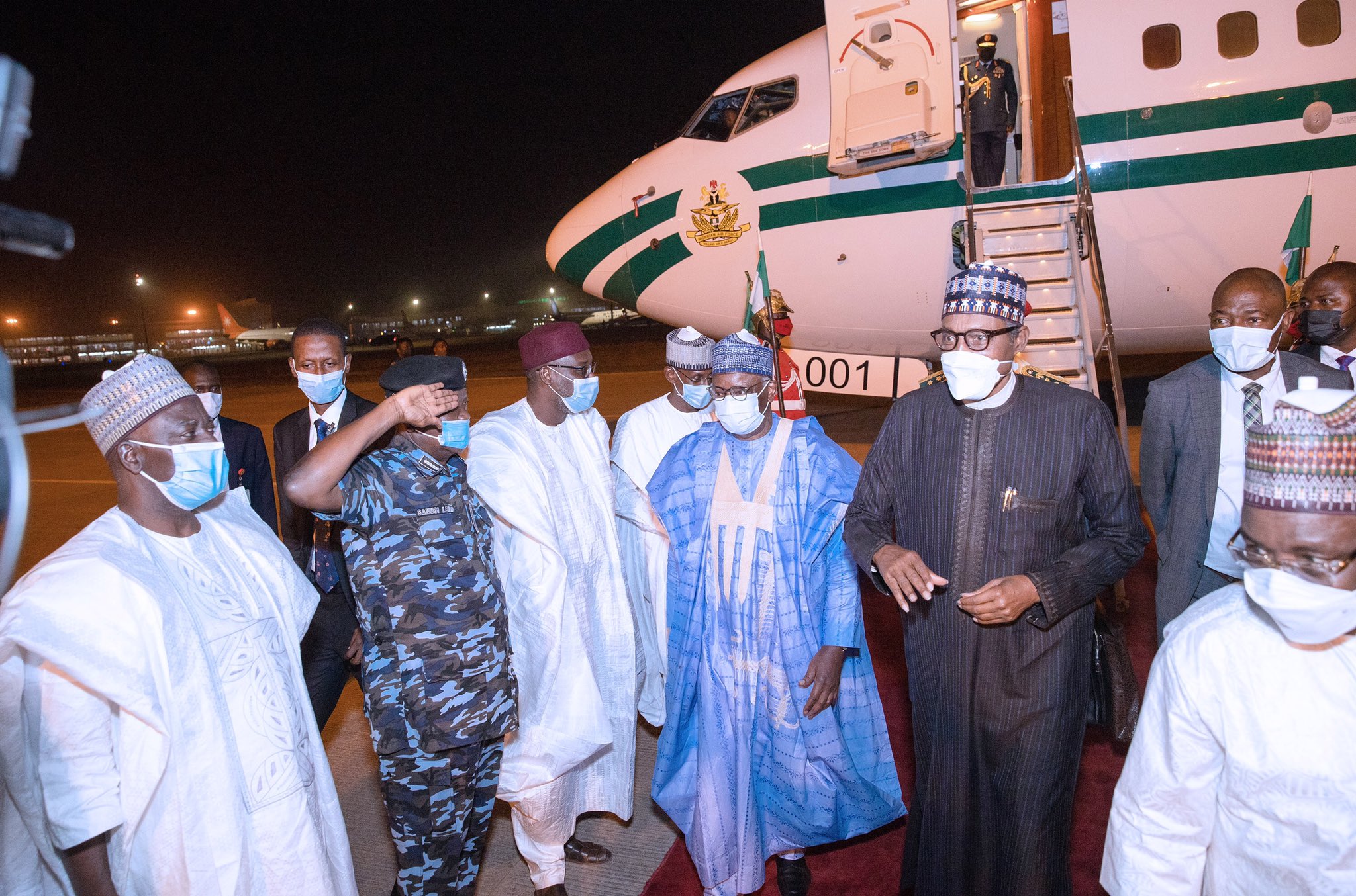 Recall that the Nigerian leader departed Abuja for the routine medical check-up in London on March, 6.

The aircraft carrying the president landed at the Presidential Wing of the Nnamdi Azikiwe International Airport, Abuja, at about 7.09 p.m.

The President had earlier wanted to embark on the medical trip from Nairobi, Kenya after attending the United Nations UN’s ‘Environmental Programme (UNEP) at 50’ in that country on March 5, but returned to Nigeria on March, 4.

The president’s spokesman, Femi Adesina, had on March 1, in an issued statement said that from Kenya, the president would proceed to London for ‘routine medical checks that will last for a maximum of two weeks’.

While in London, the president was believed to have met with the Interim National Chairman of the All Progressives Congress Caretaker Extraordinary Convention Committee (CECC), Mai Mala Buni.