The Senate has received the Money Laundering Bill and Terrorism Prevention Bill transmitted by the President Muhammadu Buhari for expeditious consideration and passage. 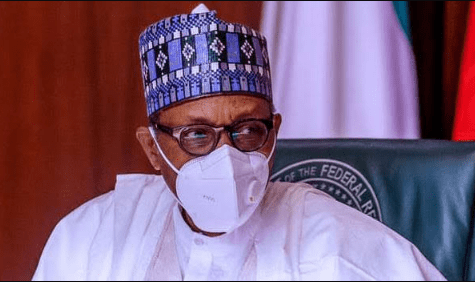 The Bills were accompanied by a letter read at the start of the plenary on Thursday by the Senate President, Ahamad Lawan.

Buhari, in a letter dated 12th April 2022, said the request for the passage of both bills was pursuant to the provisions of Section 58(2) of the 1999 Constitution as amended.

He explained that the deficiencies in the country’s Anti-Money Laundering/Combating the Financing of Terrorism regime, make it imperative for the passage of both Bills.

Buhari warned that the non-passage of both Bills poses a risk that may lead to the eventual blacklisting of Nigeria by the Financial Action Task Force.

According to the letter, “Unless these deficiencies are addressed promptly by the National Assembly, in order to bring our legal regime in conformity with Financial Action Task Force recommendations, Nigeria will face the risk of a negative public statement blacklisting the country by FATF and this will lead to some negative consequences to our rapidly growing economy.

“In light of the above, the Federal Ministry of Justice reviewed the Money Laundering (Prohibition) Bill and Terrorism (Prevention) Bill currently pending before the National Assembly and have come up with revised versions of the Bills, incorporating the resolutions to the deficiencies pointed out in the Mutual Evaluation Report, thereby bringing Nigeria’s AML/CFT legal regime in conformity with the FATF recommendations”.