The National Leader of the All Progressives Congress, (APC), Bola Ahmed Tinubu, has expressed thanks to President Muhammadu Buhari for visiting him in London during the week. 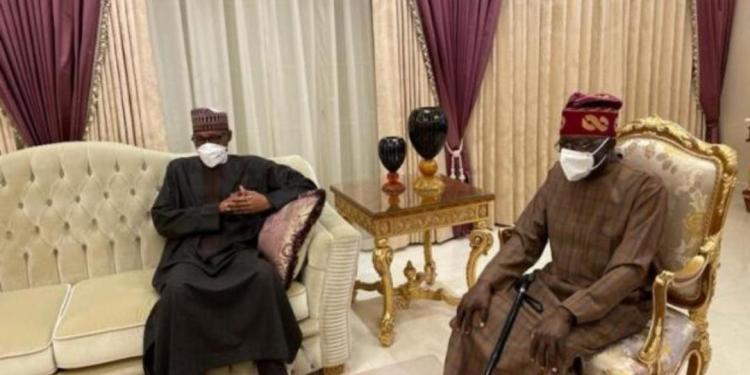 Tinubu, in a statement issued on Friday by his media aide, Tunde Rahman, said “the visit was a friendly and welcome one that underscored the considerate and caring personality of our nation’s President and Commander-in-Chief.

“By this gesture, Mr. President has again demonstrated his personal thoughtfulness and humility; defying the erroneous commentaries peddled by his critics.

“Once again, the Asiwaju thanks President Buhari for taking the time to visit him and wishes the President nothing but the very best as his administration continues to govern and lead the nation”.

Recall that President Buhari had visited the APC leader on Friday, shortly before departing London for Nigeria, after spending 19 days in the United Kingdom.

The president had attended a global education summit in the UK and used the remaining days for his medical check-up.

Tinubu, a former governor of Lagos State, has been in the UK for about one month, as speculations continue to mount over his health status.

Two weeks ago, his media office denied he was hospitalised abroad following his conspicuous absence during the local government elections and APC ward congresses in the state.

Although he has not officially declared his intention, individuals and groups have continued their campaigns for the Asiwaju to contest the 2023 presidential election.