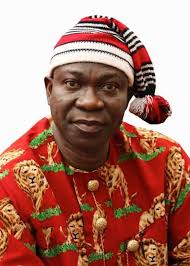 Ekweremadu stated this in an interview on a radio station yesterday, while reacting to the statements made by President Muhammadu Buhari on State Police.

Buhari, in an interview on Wednesday, had ruled out state police. The president claimed that traditional rulers could play the role of local police because they know ‘who is who’ in their communities.

Reacting to the comment, Ekweremadu said, “State Police is still the way to go to effectively secure Nigeria. I’m mindful of Mr. President’s concerns, which is not different from the concerns of many Nigerians, which is that it could be subject to abuse by State chief executives.

“Consequently, the constitution amendment Bill for the Creation of State Police, which is currently before the National Assembly, has taken care of that in the appointment, control, equipment, and supervision of State Police services.