An explosion, suspected to have been from an Improvised Explosive Device (IED) has occurred in the Kabala-West area of Kaduna-South local government area, on Sunday night. 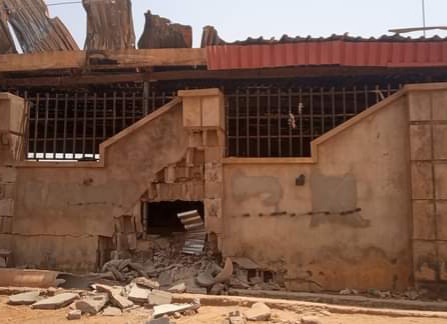 The explosion, which rocked one Dorino Hotel, caused confusion and panic in the community.

According to eyewitnesses, they heard a deafening explosion from the premises of the hotel around 9 pm.

A local vigilante said the source of the explosion could not be ascertained but security operatives had visited the scene to investigate the cause.

Meanwhile, the Public Relations Officer of the Police Command in Kaduna, Mohammed Jalige, who confirmed the incident yesterday, said the substance that caused the explosion was suspected to be IEDs.

Jalige, however, confirmed that there was no casualty from the explosion, adding that the destruction caused by the explosion was also minimal.

He said, “There was nobody in the building when it exploded. It happened Sunday night, around 9:45 pm. According to him, officers and men from the Command’s Anti-bomb Squad were at the scene to analyse particles at the scene.

He assured that details of findings would be made available after investigation.

Recently, cases of explosions have been recorded in some parts of the country.