…Says youths must be involved to secure the future

The Ooni of Ife, Oba Adeyeye Ogunwusi has advocated for a  constitutional role for the country’s royal fathers for the nation to remain one. 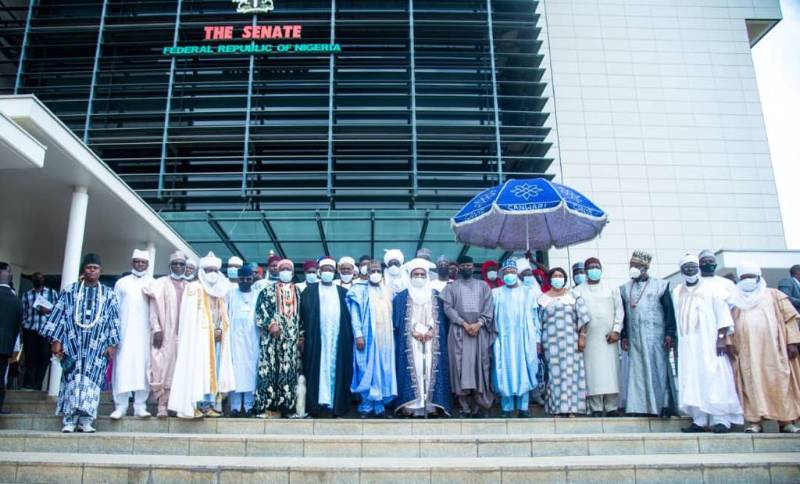 According to the foremost traditional ruler, who spoke during an interview, the traditional institution is an integral part of every community as it plays significant roles as custodian of culture, norms and values while it also supports government in maintaining peace and order.

His words: “Well, that is unavoidable. We are the natural custodians, our political leaders can only spend eight years in office, they will come and go but we are traditional rulers over the good, the bad and the ugly.

“Politicians hold office for a while, we are custodians of the lands permanently. Politicians will only spend a maximum of eight years in office, but for traditional rulers, it is until we go and meet our ancestors, so, that role is inevitable.

“Things didn’t go well, with agitations here and there; some set of people had a disagreement and they started killing themselves, they now want to turn it to a community fight, which doesn’t make sense.

He added: “What we did was to patiently get to the root of it and not to categorise it as a community fight. So, individuals that actually caused the problems will be made to pay for it. We are looking at a different approach, we don’t want war. Any town where there is war, there won’t be development.

“Look at our youths everywhere without jobs; is it war that will now settle them? It doesn’t make sense, it will be counter-productive. We have been able to agree within the two communities that we are not going to war. Anybody that is found wanting, will be dealt with individually.

“So, nobody will be encouraged to hide under the community to foment trouble, it doesn’t work, it hasn’t worked for us in the past, it won’t work now; so, we are not adopting that strategy.

“People are always worried that traditional rulers are not aligned, they don’t speak with one voice, when the time comes and it is inevitable, it will happen, by the special grace of God. I am not worried about that; what is key is for us to live in peace and unity”, he stated.