A new variant of Covid-19, lineage B.1.1.7 (Alpha), which has cancelled Christmas festivities in the United Kingdom, (UK), has been found in Nigeria, but after initial discovery in the UK. 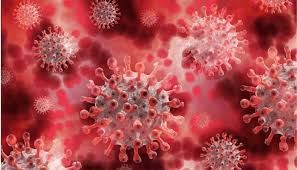 From a daily average of 74 cases seen in the first week of December, Nigeria’s current Covid-19 cases have shot up by 451% to an average of 408, in a bout of infections driven by the latest Omicron variant. A total of 2,859 cases were confirmed in the week ended December 12, compared with 520 in the preceding week. Nigeria now has 217, 481 cases confirmed and 2, 981 deaths recorded across the federation.

Recall that Nigeria recorded its first three cases of Omicron on December 1, days after it was first discovered in South Africa, and has been included in a travel-ban tussle with some countries. The rise of 75%, led by Lagos, the epicentre of the disease, has activated the reality of the fourth wave of the disease in Nigeria, reliving a similar pattern of surge that played out this time last year.

In December 2020, Nigeria was dragged into a second wave of the pandemic by a sustained rise in community infections, claiming 1,197 lives. About 5, 618 new Covid-19 cases had been recorded by the middle of the month, raising the total number of infections since the start of the pandemic to 73, 175 as of December 13. A fresh record of the highest daily cases was set on December 13, with 796 infections, overtaking 790 cases set on July 1st during the gradual easing of the 2-month-long lockdown that affected the Federal Capital Territory, (FCT), Lagos and Ogun States.

While intensified testing and surveillance at major points of entry reflects in the current infection rate, the World Health Organisation, (WHO), says the variant reported in more than 60 countries poses a very high global risk, with mutations likely leading to higher transmissibility. However, clinical data on its severity remains limited.

It added that there were early signs that vaccinated and previously infected people would not build enough anti-bodies to ward off infection from Omicron, resulting in high transmission rates and severe consequences. It remains unclear for now whether the new lineage is also inherently more contagious than the dominant Delta variant, which would fuel its spread further, WHO warned.

Despite having over 21 million doses of vaccine supplies, including AstraZeneca, Pfizer-BioNTech, Johnson & Johnson and Moderna, the country suffers a 54.4 percent (11.5 million) gap in uptake.

The Federal Government began to administer Covid-19 booster doses last Friday, raising public scrutiny of the country’s vaccination plans. This, amid a stock of vaccine supplies that is nowhere near adequate, and poor capacity for genomic surveillance nationwide underscores how ill-equipped the country is to tackle the latest Covid-19 strain if things escalate.