The rampaging wave of the dangerous coronavirus pandemic has hit the Presidential Villa in Aso Rock, as several aides of President Muhammadu Buhari and top officials of government are said to have contracted the virus. 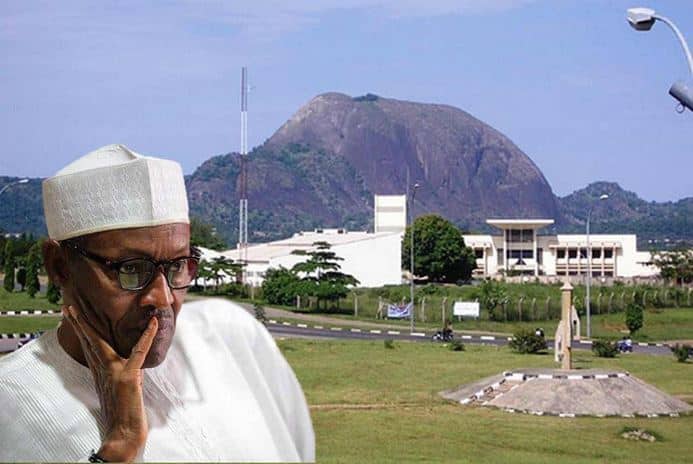 However, the Federal Government is keeping mum on the matter, even as newsmen were reportedly advised against reporting the surge in infections at the Villa.

According to investigations, apart from the Permanent Secretary in the State House, Tijjani Umar; the President’s Aide-de-camp (ADC), Yusuf Dodo; his Chief Security Officer (CSO), Aliyu Musa, and his Senior Special Assistant on Media and Publicity, Garba Shehu, whose results were confirmed positive during the week, the Minister of Information and Culture, Lai Mohammed, is also down with the virus.

Some of the infected officials including Mr. Garba, sources disclosed, were taken out of the cabinet meeting on Wednesday when the result of their polymerase chain reaction (PCR) tests came back positive.

Shehu, who confirmed that he was “afflicted by the mild variant of the Covid-19,” in a text message yesterday, said he has “no confirmation” of other cases mentioned to him.

He added that he was already fit, claiming he just completed his physical exercises when our reporter called, but that it would require scientific evidence to claim that he no longer had the virus. However, reliable sources confirmed that the minister and other affected officials are currently in isolation and are receiving medical attention.

It was gathered that due to the high number of officials affected by the pandemic, governance may have been affected at the centre. Sources, who preferred anonymity, said that the decision to shut down the office of the First Lady, A’isha Buhari, earlier in the week, was not unconnected to the huge number of officials at the State House that were already confirmed positive for the virus.

The Special Adviser on Media to the First Lady, Aliyu Abdullahi, said though the situation was not part of the reason advanced for the early closure in the statement issued, it could also not ‘be unconnected to it’. He, however, declined to either confirm or decline, saying the First Lady may have taken the decision to avoid the spread of the virus.

Recall that on Thursday,
the Federal Government threatened it might be forced to impose fresh restriction measures to curb the spread of the virus as the nation on Wednesday recorded 4,035 new cases.

Wednesday’s figure has remained the highest daily number of cases recorded in Nigeria since the outbreak in the country in February 2020.

While appearing as a guest on a television programme on Thursday, the Director-General of the Nigeria Centre for Disease Control, (NCDC), Ifedayo Adetifa, said in spite of the efforts by the government to sensitise Nigerians on the virus, many still doubt its existence.

He said the disbelief is quite a phenomenon that is making the war against the spread of the pandemic a difficult fight for the government. He added that the disease that has claimed about 3,000 lives in Nigeria cannot be said to be phantom, saying only the affected families can tell of the consequences of the vacuum created by the departed.

Efforts to reach the Special Adviser on Media and Publicity to the president, Femi Adesina, and Information Minister, Lai Mohammed, on the matter yielded no positive result as of press time.

Recall that at a media briefing on Friday, Adetifa said a total of 45 Omicron variants of the virus have been recorded in Nigeria, making Nigeria the third country with a high figure of Omicron cases in Africa.