Nigeria’s Nobel laureate, Professor Wole Soyinka, has charged the Federal Government on the need to quickly address the inhuman ways returning Nigerians are being treated by the nation’s immigration and the Ministry of Health, to avoid further loss of faith in the country. 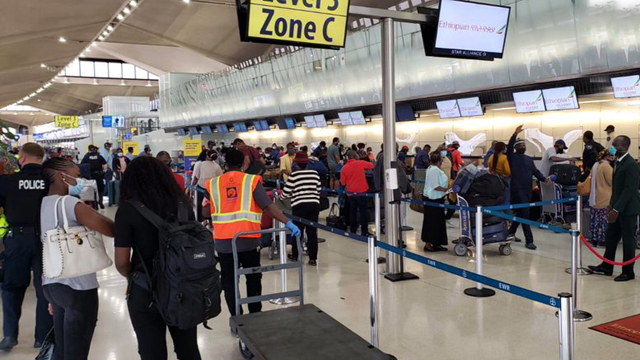 Soyinka made the appeal on Thursday, at a media briefing while sharing his harrowing experience and those of other Nigerians that returned to the country via France recently.

According to Soyinka, Nigerians are being made to pass through unpleasant experiences at airports around the globe due to the inefficiency of government agencies saddled with immigration and health protocols.

Narrating how he and some Nigerians aboard Air France were made to spend extra 48 hours at Charles De Gaulle Airport in France, waiting to get clearance to travel down to Nigeria, from the government portal, Soyinka stated that from his experience, it was obvious that many Nigerians were increasingly finding it difficult moving into the country than moving out of it.

“A few months ago, while trying to get back to Nigeria, through France, I reached Charles De Gaulle Airport, gave them my boarding pass and at the very entrance of the plane, I was told I couldn’t get on. I had my vaccination, I had done my Covid-19 test, and was negative, but they claimed there’s a new one called PCR, which the Nigerian government had insisted upon.

“I was told to go back to Paris to do this. I spent three extra days in Paris. I did not complain, because I felt it was my fault”, he stated.

Speaking further, he added, “But it happened a second time, just about a week ago. This time, there were other Nigerians affected. They had to sleep at the airport because they couldn’t leave since they had already passed immigration.

“We were told we had to get clearance from the Nigerian travel portal for us to come into the country. They said I should go back, pay the necessary amount and the machine would generate that pass for me to travel. I re-booked the following morning. At the hotel, we tried to get on to this portal, but we could not”.

The human rights activist added that he was able to travel, eventually to Nigeria, after getting ‘special permission’.