Vice-President Yemi Osinbajo Friday called for the regulation of crypto-currencies in the country, as against the prohibition of digital currencies. 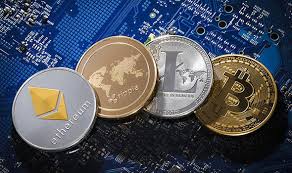 Osinbajo, who stated this at the ‘Bankers Committee Vanguard in Lagos’, said, “There is a role for regulation here; and it is in the place of both our monetary authorities and SEC to provide a robust regulatory regime that addresses these serious concerns without killing the goose that might lay the golden eggs So it should be thoughtful and knowledge-based regulation, not prohibition,” he added.

The VP was reacting to the recent clampdown on crypto-currencies by the Central Bank of Nigeria, (CBN).

Recall that the CBN ordered commercial banks and other financial institutions to close down accounts associated with crypto-currencies. The apex later clarified that the order was not a new order, but a reminder of a directive published in 2017.

Although, Osinbajo said he “fully appreciate the strong position of the CBN, SEC, and some of the anti-corruption agencies on the possible abuses of crypto-currencies and their other well-articulated concerns, but I believe that their position should be the subject of further reflection”, adding that the regulatory bodies must “act with knowledge and not fear” as the digital currencies disruption will only make “room for efficiency and progress.”

“The point I am making is that some of the exciting developments we see call for prudence and care in adopting them, but we must act with knowledge and not fear”, he said.

Nigeria has since become the world’s second-largest Bitcoin market after the United States, according to a report.