The Nigeria Customs Service, (NCS), has said it generated the sum of N2.240 trillion in revenue for the year 2021, just as the amount generated was over the target of N1,678 trillion set for the year. 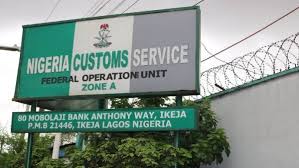 Commenting on this feat, in an issued press statement released by the National Public Relations Officer, Joseph Attah, quoted the Comptroller-General of Customs, Col. Hameed Ibrahim Ali (rtd), saying that the revenue generated was over the sum of N1,562 trillion generated in 2020 representing 43.45 percent increase.

However, Ali described the revenue generated as a result of the resolute pursuit of what is right and willingness to adapt to changes brought about by global health challenges occasioned by Covid-19.

In the same vein, he said the Service efforts to prevent the entry of items that could compromise the security of the nation’s citizens, economy and the well-being of people resulted in the seizures of 5,096 assorted items with a duty paid value of N13,796,646,685.60 and 160 suspects at different levels of investigation or prosecution.

He said all these are expected to impact positively on trade facilitation, fight smuggling, block revenue leakages and significantly impact on revenue generation and national security, adding that NCS management recognizes the selfless efforts of officers and men who remained undaunted throughout the year resulting in these achievements.

In the light of this, Ali commends all officers and men for their doggedness and charges all to do more in the New Year.