Katsina State governor, Aminu Bello Masari, has urged the Federal Government to declare a state of emergency on the nation’s security. 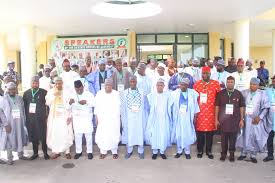 Katsina is one of the epicentres in the nation’s North-West region where banditry and other criminal activities reign unabated with a cross-section of its citizens traumatised.

Speaking yesterday in Katsina, during the opening of a meeting of Conference of Speakers of the Legislature from the 36 states in the country, Masari said that although the security agencies were doing their best in efforts at tackling the state of insecurity nationwide, however, the Federal Government ought to adopt more measures towards resolving the problem.

According to Masari, “The Federal Government should declare a state of emergency on the nation’s security.

“The security agencies are doing their best to curtail the state of insecurity in different parts of the country but more needs to be done to check activities of bandits and other criminal elements across the country.

The Governor identified the 1975 Local Government Reforms as a fundamental factor engendering current security issues in the nation and also urged participants at the conference to adopt certain measures being implemented by Katsina State to check the state of insecurity.

The conference had as its theme: “The menace of insecurity in the country and role of state Houses of Assembly to restore peace and order“.

Earlier in his address, Chairman of the Conference of Speakers, who is also Speaker of the Bauchi State House of Assembly, Abubakar Suleiman, regretted that ”the state of insecurity in our country today has assumed a disturbing dimension and hence, has constituted a serious threat not only to economic growth and development but also to the peace and unity of the nation”.

“This is the time therefore for all hands to be on deck to fight the menace of insecurity for the good of our nation”, he stated.