Former President Olusegun Obasanjo has slammed President Muhammadu Buhari over the worsening insecurity in the country, saying his administration is responsible for banditry and terrorism plaguing the country. 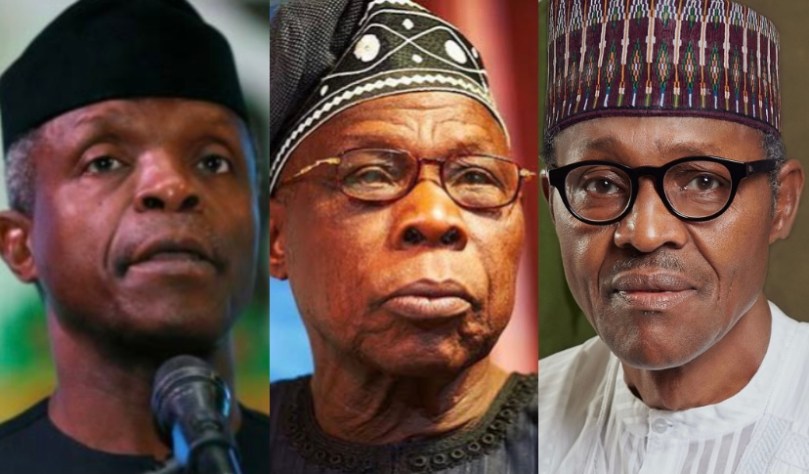 The former president, who stated this in Abeokuta, the Ogun State capital, said: “…You talk about security; people ask me about it, and I say I know that we can put all insecurity in Nigeria behind us within a space of two years. That we have not done so, or that we are still in the situation, is a choice that has been made by our leaders, not the way God wants us to be”.

Recall that President Muhammadu Buhari and Vice-President, Yemi Osinbajo, of the All Progressives Congress, (APC), vowed during their 2015 and 2019 presidential campaigns that they would solve the security crisis that bedevilled then-President Goodluck Jonathan’s administration.

However, after almost seven years in the saddle, insecurity has deteriorated under President Buhari and Osinbajo’s watch.

While receiving a PDP presidential aspirant, Mohammed Hayatu-Deen, Obasanjo agreed that the nation is “decomposing and dissolving” under the present regime, who according to him, has sunk it to new depths.

“I believe, like you (Hayatu-Deen) have rightly said, this period is not like any other period in the history of Nigeria and you used two words: decomposing and dissolving. I can’t find any better words to describe the situation we have found ourselves (in)”, said the former president.

He asserted that the nation could surmount its present economic and security challenges if leaders were willing to make the right decisions.

Listing knowledge, vision, passion and innovation as mandatory requisites for the next president, Obasanjo admitted that “Nigeria is a complex country, albeit not a difficult country to rule or to manage”.