The Ohanaeze Ndigbo Worldwide and other prominent leaders from the South-East geo-political zone have advised Nigerians not to take the Peoples Democratic Party (PDP) presidential candidate, Abubakar Atiku seriously over his pledge to cede the presidency to the zone in 2027. 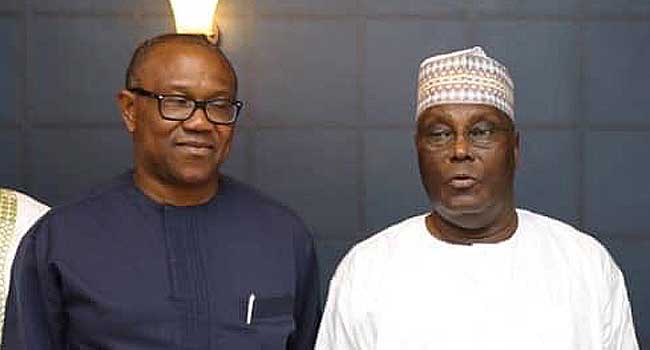 Recall that Atiku has said, in a rally in Enugu, that he would support Ndigbo to win the Presidency in 2027 in return for the region’s votes for him in 2023.

Reacting, the Ohanaeze said no person from South-East or of Igbo extraction would take that advice seriously. In an issued statement by the Ohanaeze Ndigbo Worldwide’s Secretary-General, Okechukwu Isiguzoro, he described Atiku’s claim as mischievous and diversionary.

According to him, it was mischievous that at a time all polls conducted so far showed that the presidential candidate of the Labour Party, (LP), Peter Obi, was cruising to victory, not as an Igbo presidential candidate but as the “real unifier” and the face of the Obidient movement, Atiku was still chasing shadows.

He said, “A new Nigeria movement that transcends ethnic, religious and political divides, like none before it has beckoned”. Ohanaeze urged all patriotic Nigerians to ‘Obediently’ keep faith with Peter Obi based on his 3Cs (Competence, Credibility and Capacity), not based on ethnicity”.