A Kaduna State High Court, presided over by Justice Hannatu Balogun, has fixed April 4th, 2022 for proof of case in the suit brought before it by Durbar Hotel Plc. against the Kaduna State government. 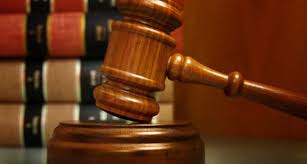 Three Senior Advocates of Nigeria (SANs) and seven other senior lawyers were employed to secure the hotel for the family.

At the resumed hearing of the suit on Thursday, counsel for the defendants, Mustapha A.U. (SAN), represented by Sule Umar, told the court that the defendants had filed a case of change of counsel. He, therefore, requested a new date.

However, counsel to the Abacha’s family, Dr. Reuben Atabor (SAN), expressed concern over energy being wasted on the matter by the defendants for proposing an appeal on a matter that had lingered on for the past two years. “But we are ready to prove our case by next sitting,” Atabo told the court, in his submissions.

Against this background, the Presiding Judge, Justice Hannatu Balogun, adjourned the further hearing on the proof of case by the Counsel to Durbar Hotel Plc, to April 4th, 2022.

The hotel, located along Muhammadu Buhari Way (WAFF road) by Independence Way, in the metropolis, is demanding a declaration that it is the title-holder of the parcel of land located in Kaduna-North local government area.

A declaration that the demolition of the plaintiff’s property by the Kaduna State government is unconstitutional, illegal, null and void.

The hotel is also asking the court for an order of injunction restraining the defendants, their agents, servants, privies, and whosoever from transferring, assigning, or selling in any way part of the property.