As the Christians and Muslims faithful in Nigeria join their counterparts around the world to celebrate Easter and fasting, stakeholders have continued to express concern about the worsening insecurity in the country. 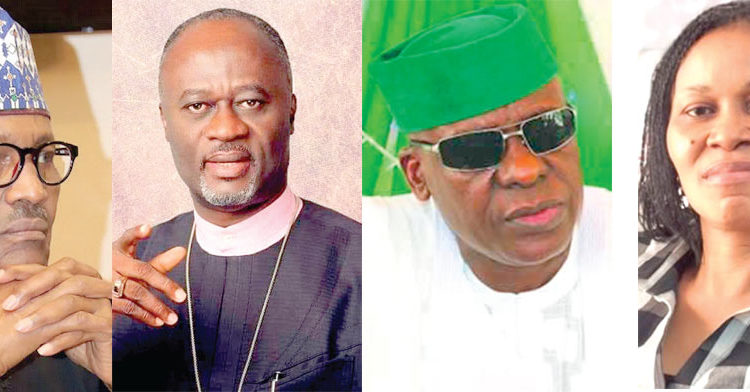 Stakeholders expressed their fear, saying citizens cannot travel safely to celebrate with loved ones. Other fears expressed by experts include the negative impact the present worsening insecurity situation may likely have on the current electoral process.

The President said that this year’s celebration is very unique for adherents of the two great faiths in Nigeria, as it culminated the 40-day season of Lent for Christians, where the faithful were expected to fast, pray, assist the poor, abhor injustice and strife, give alms, penitently engage in self-examination and repentance of sins. Earlier, the Muslim faithful had commenced the compulsory Ramadan fasting.

Even as the President took cognisance of the damage insecurity has done to Nigeria and his plea for love and unity, stakeholders and experts express the negative impact insecurity is having on national lives, the economy and the country’s image.

Some of the stakeholders who spoke to the newsmen feared that it was time something gave for the restoration of Nigeria from the precipice.

A security expert with NexTier, Dr. Ndubisi Nwokolo, said the major worries about insecurity in the country are mainly how it is affecting national cohesion and resilience.

By the day, he laminated, Nigerians are losing trust in the Nigerian State and its ability to carry out its functions, stressing that such distrust means that the people generally distance themselves from the State and its activities such as elections, etc.

A prominent cleric, Bishop Oscar Ossai, General Overseer of City of Refuge Missions International, also expressed his worry, saying Nigerians cannot live their lives anymore. According to him, “Government must do more than just these lame explanations after each attack”.

Also, an Islamic cleric and President of the Ansar-ur-Deen Society Worldwide, Alh. A. Ademola Sanni, said, “Part of the duty of the government is to take care of lives and properties. Any government that fails in that aspect has no business being there in the first place.

Similarly, an activist, Joe Odumakin, also said that the adverse effect of insecurity is already telling on the day-to-day activity of Nigerians, saying, “people no longer go to farm without the thought of either being kidnapped or their farmland being attacked by straying cows, as we still have herdsmen who still engage in open grazing. Insecurity has also affected the price of foods and commodities at this material time”.

“Given the continuous efforts of the government and absence of sabotage, we will get out of the woods”, she, however, hoped.