The Conference of Nigeria Political Parties (CNPP) and the Coalition of National Civil Society Organisations (C-CSOs) have called for the immediate resignation of the current Managing Director of the Nigerian Ports Authority (NPA), Moh’d Bello-Koko, and the arrest of the former Minister of Transportation, Rotimi Amaechi, for defying the Federal Government on matters relating to the Treasury Single Account, (TSA), and operating two secret foreign accounts where payments are made and the funds are looted at will by the management and the supervising Minister while he was in office.

Recall that the Minister of Transportation had recently resigned to contest in the presidential election of the ruling All Progressives Congress, (APC).

In an issued statement jointly signed by the CNPP Secretary-General, Chief Willy Ezugwu, and the Secretary of the C-CSOs, Alhaji Ali Abacha, the umbrella body of all registered political parties and political associations in Nigeria and the amalgamation of over 21 civil society organisations, said that “from every indication, those closest to President Muhammadu Buhari have become the most notorious in defying presidential directives and making a mess of the anti-corruption posture of his administration”.

The CNPP and the C-CSOs said that a recent media report by investigative news portal, Pointblank.com, revealing that “the accounts are plundered by the management and the supervising Minister since it is not within the records of the Federal government”, has again put in doubt the debt of the commitment of the President Muhammadu Buhari administration, and the APC as a political party, to the fight against corruption in the last seven years. 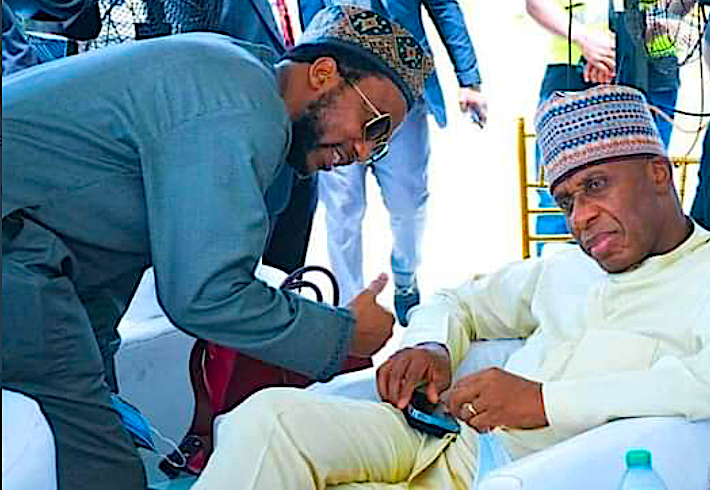 According to the CNPP and the C-CSOs, the two foreign accounts held at Citibank N.A., 111 Wall Street, New York, New York 10043, with ABA CODE 021000089, and Citibank N. A. Canada Square, Canada Wharf, London E145LB for NPA Service Boat Revenue Collection, irrespective of orders by the President to the contrary, must be publicly investigated.

“For effective and meaningful investigation, the current NPA Managing Director, Mohammed Bello-Koko, must immediately resign his position as he cannot be a judge in his own case. As for Rt. Hon. Rotimi Chibuike Amaechi, we call for his immediate arrest, diligent prosecution as well as the institution of an open investigation of how he prosecuted his failed presidential ambition.

“We also demand an immediate investigation of the ex-minister’s sources of funding for his on-going construction of a mansion with an underground at Ambassador Desmond Akawo Street, Guzape, Asokoro District, in the heart of the Federal Capital Territory (FCT) Abuja. It is reasonably believed that the funds used by the ex-Transportation Minister to prosecute his presidential ambition and for his on-going construction of his Asokoro mansion are part of the proceeds from the plunder of the illegal foreign accounts”.

The CNPP and the allied civil society organisations insisted that “reports of Port charges and other lucrative charges from NPA being stashed into the illegal accounts and shared by the former Minister and the NPA boss is the highest level of betrayal of the anti-corruption crusade of President Muhammadu Buhari and therefore demand immediate action.

“The Economic and Financial Crimes Commission (EFCC), must, at this instant, begin to investigate and initiate the processes of recovery of all the proceeds of this economic crime, as part of its effort to redeem the image of the President Buhari administration as one which fights corruption only in the media”, the statement concluded.