The Economic Community of West African States (ECOWAS) Authority of Heads of State and Government says it is prioritising its support for Nigeria’s candidacy for the position of African Union (AU) Commissioner for Political Affairs, Peace, and Security.

The authority reached the decision at the end of its Feb. 2 virtual session which was chaired by the President of Ghana, Nana Akufo-Addo.

The decision of the authority is contained in a communiqué issued by the ECOWAS Parliament on Wednesday in Abuja.

“On the endorsement of member states’ application for international positions, the authority agreed on the order of priority of the commissioner positions for which ECOWAS nationals are still standing for election by the Assembly of the African Union and made the necessary arbitrations between member states putting forward candidates for the same position.

“The authority decides to prioritise support for the candidature of Nigeria to the post of Commissioner for Political Affairs, Peace, and Security,” the communique read.

On the nomination of ECOWAS member states to chair the African Union, the ECOWAS presidents also nominated the Republic of Senegal to chair the AU for the 2022 – 2023 period.

The authority also instructed the President of the ECOWAS Commission, Jean-Claude Brou to take the necessary steps to immediately notify the African Union Commission of the nomination.

The ECOWAS presidents further instructed the ECOWAS Commission to propose, for adoption, at the next ordinary session of the authority, a clear mechanism for the rotation of the candidateship.

According to the heads of state and government, this is to ensure that each member state gets a legitimate opportunity to chair the Assembly of the African Union.

The ECOWAS leaders also decided that the second position for commissioner to be allocated to the West African sub-region will be filled by Burkina Faso, taking into account gender parity.

“The authority welcomes the status of implementation of the ECOWAS institutional reform, particularly with regard to enhanced financial management and internal control of the institutions.

“The authority notes that the tenure of the current statutory appointees comes to an end in February 2022, and that there is a need to discuss the optimal structure of the new commission and the other institutions, modalities for allocation of statutory positions, as well as efforts to streamline ECOWAS operating costs.

“To this end, the authority calls its Chair, President Akufo-Addo for the support of the Ministerial Ad hoc Committee on Institutional Reform, to lead reflection on the issue.

“A report on this point will be submitted to the Ordinary Session of the Authority to be held in June 2021.

“To that effect, a general consensus emerged from the Heads of State and Government that Akufo-Addo continues for a second term as Chair of the authority to oversee the implementation of the reform,” the communique further read. 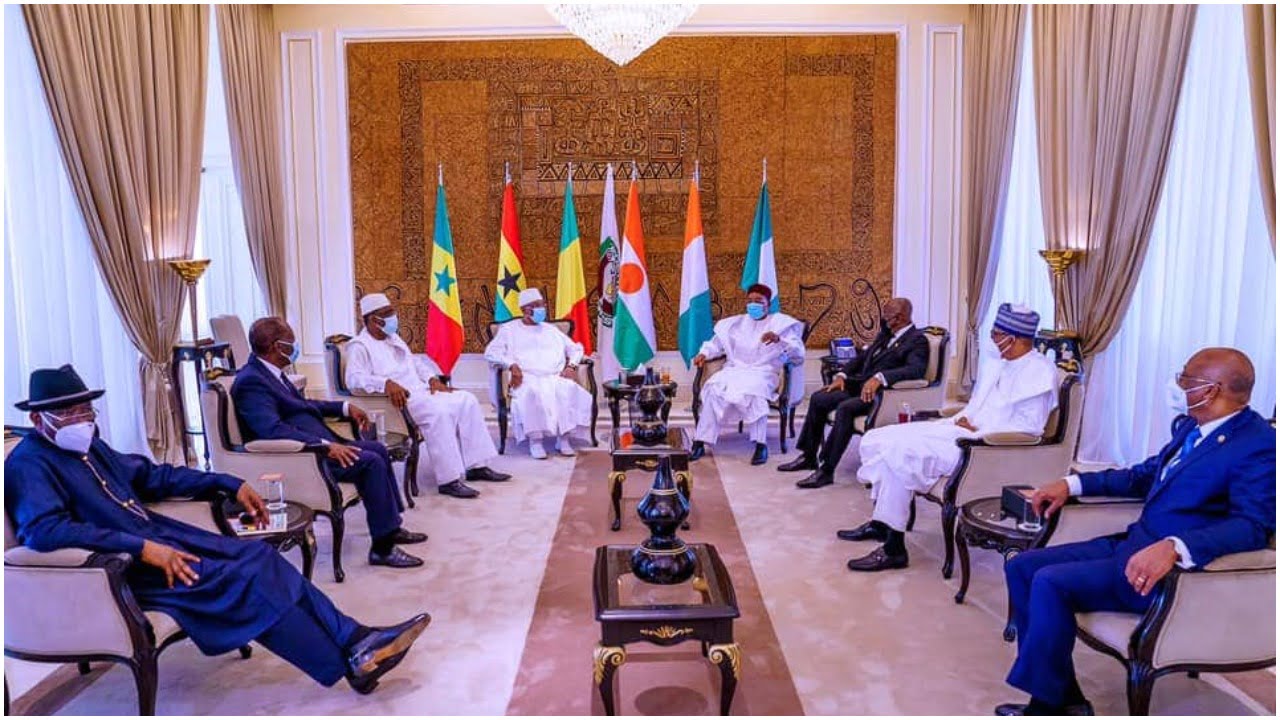