Kaduna State governor, Nasir Ahmed el-Rufa’i, has suggested that forests in northern Nigeria should be carpet-bombed, in order to end banditry in the region. 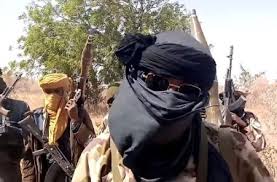 Carpet-bombing will damage wildlife and forests in targeted areas. However, the governor said the possible damages can be rectified. According to him, “There will be collateral damage, but it’s better to wipe them out and get people back to our communities so that agriculture and rural economics can pick up.”

The governor, whose State and many others in the north have suffered banditry attacks – kidnapping, killing and displacement of residents – said more investment in security personnel, technology and military equipment will see bandits wiped out “once and for all”.

El-Rufa’i attributed the prolonged inability of security operatives to curb banditry in the northwest region to a lack of unencouraging factors. He said the military and other security agencies “are doing their best but they are overstretched” and advised a more strategic approach to the fight against them.

“These bandits operate in the periphery because their hiding place is in the forest. It’s a major problem. The reality is we don’t have enough boots on the ground to address the myriad of security challenges that we face, and these security challenges are asymmetric, widespread, and there’s no part of Nigeria that doesn’t have one security problem or the other”, El-Rufa’i said.

The governor’s suggestion comes days after the Minister of Information and Culture, Lai Mohammed, said the Government was deploying new measures to tackle insecurity across the country.

Recall that Mohammed said about 427 bandits have been neutralised under the Army’s Operation Hadarin Daji’, the conduct of offensive clearance operations, raids, and air operations in the North-West zone.

The minister added that 257 bandits were arrested, 897 civilians were rescued and 3,087 livestock were also rescued in the zone.