Ahead of Nigeria’s 2023 general election, there are growing concerns and apprehension among stakeholders over the rising spate of thuggery and hooliganism, which have trailed electioneering in recent weeks. 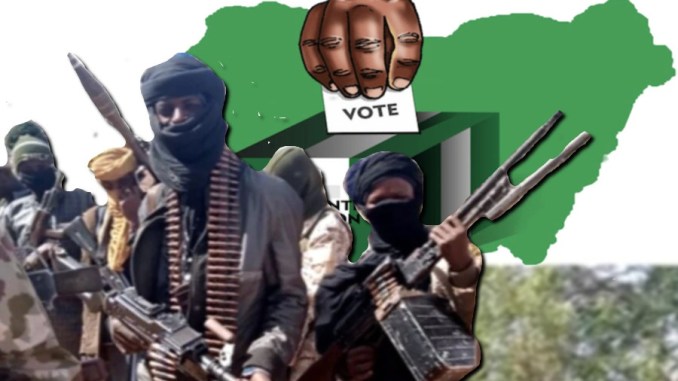 Parts of the challenges that have hindered the smooth conduct of election in Nigeria in the last two decades are thuggery and hooliganism, leading to the death of many innocent Nigerians.

According to the European Union (EU) Election Observation Mission report, violence, violation of ballot secrecy, and harassment of voters and journalists characterised Nigeria’s 2019 general election. The situation has raised fear among political watchers, that some politicians may be banking on thugs for victory, especially in opposition strongholds, where they are not popular.

Similarly, reports of attacks on political parties by opponents using thugs have become common as the electioneering intensifies. Thus, there is increasing apprehension among stakeholders; that if the security agencies and the electoral umpire are not proactive, violence may characterise the 2023 general election, which may just be a repeat of previous polls, if not more judging by the desperation being shown by politicians currently.

The EU report stated that the Independent National Electoral Commission (INEC) worked in a porous security and politically-charged environment, making the electoral officials exposed to physical attacks and intimidation. Nigeria’s leading political parties have been accused of being culpable, as they have failed to act and curb the excesses of their supporters and party members from engaging in violent acts.

In the last two decades, the spate of violence and hooliganism has undermined the credibility of elections in Nigeria and frustrates efforts to deepen gender inclusion in the electoral system. Observers have said that part of the reasons fuelling violence include the growing impunity in the country and lack of respect for the rule of law.

In recent times, observers and stakeholders have suggested several measures to curtain what has become a menace. Part of the suggestion is the agitations for the setting up of election offences tribunal, or Commission, to prosecute culprits. The Bill for setting up the commission is under debate at the National Assembly, after input by stakeholders.

Political analysts say rising violence in Nigeria’s election shows the polity is yet to mature and develop to address rising challenges facing the people. They also expressed the fear that there was a likelihood of voter apathy if the dangerous trend was not halted. They suggested that security agencies would need to scale-up their game by being pro-active in curtailing crises that may escalate into violence.

Offering solutions, some stakeholders have said the INEC has to wake up to its responsibilities to enforce relevant electoral laws, especially now that the new Electoral Act has empowered it to do so.