A Federal High Court, sitting in Abuja, has restrained President Muhammadu Buhari, the Attorney-General of the Federation (AGF), Abubakar Malami and the Senate President, Ahmed Lawan, from tampering with the 2022 Electoral Act recently signed into law. the National Assembly from taking any further step regarding section 84 (12) of the newly amended Electoral Act. 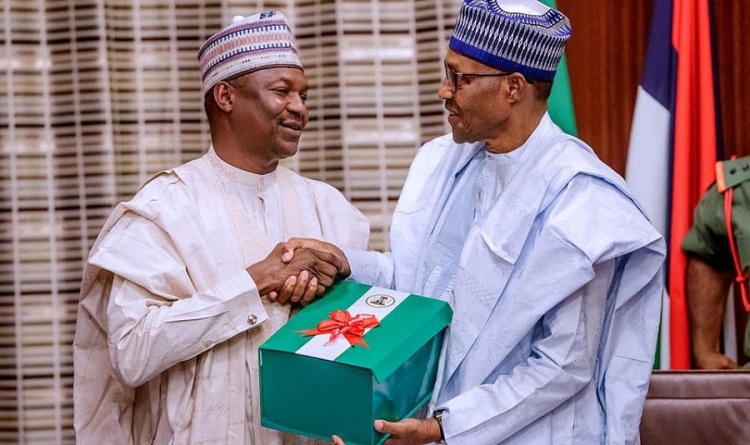 The presiding judge, Justice Inyang Ekwo, gave the order yesterday, while delivering ruling in an ex-parte application brought by the Peoples Democratic Party, (PDP), challenging the legality of the national assembly to amend the Bill already signed into law by the president.

Recall that President Muhammadu Buhari had assented to the Electoral Act (amendment) Bill on February, 25.

He, however, asked the National Assembly to delete Section 84 (12) of the Act, which reads: “No political appointee at any level shall be a voting delegate or be voted for at the convention or congress of any political party for the purpose of nomination of candidates for any election”. This means political appointees in the current administration, who are interested in contesting the 2023 general elections, will have to resign by June, 2022.

Consequently, the PDP filed a suit against President Buhari before the court over his request for amendment of the Act.

After listening to submissions from Ogwu Onoja, counsel to the PDP, the court granted the prayers on the grounds that the application is meritorious.

Ekwo barred the defendants from taking further actions in relation to the president’s request to delete Section 84 (12), pending the hearing and determination of the substantive suit.

The judge also directed the applicant to serve the order as well as the process on all the defendants, and fixed March 21 for hearing of the substantive suit.