President Muhammadu Buhari has assured that the Electoral Act (amendment) Bill 2022, as passed by the National Assembly holds a lot of promises for improving the election processes with a lasting legacy to the country. 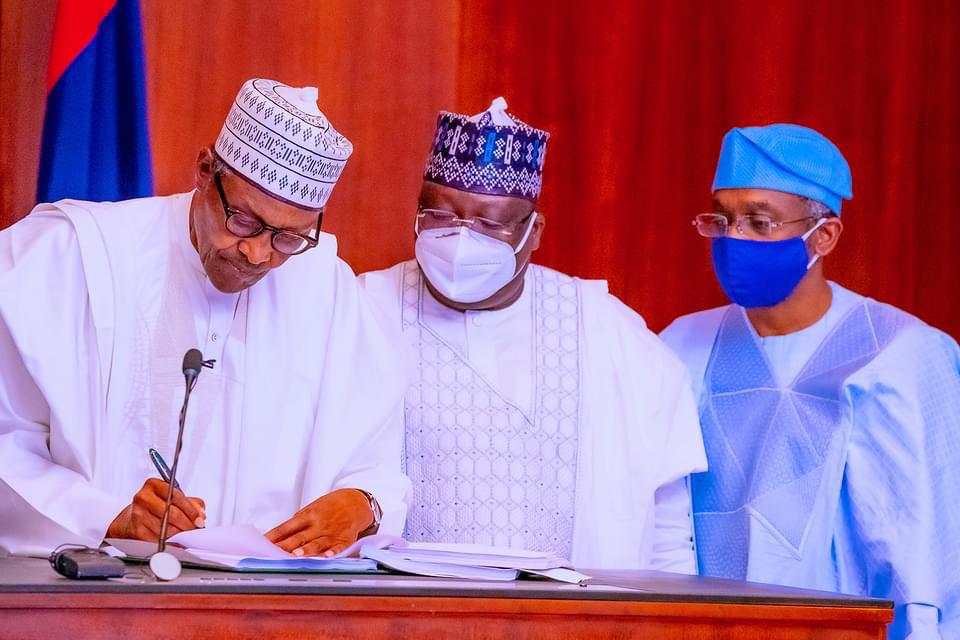 The President stated this while signing the Bill into law at the Council Chamber of the Presidential Villa, Abuja, yesterday.

He noted with delight the introduction of new technology and efforts to engender clarity and transparency in the nation’s election processes as contained in the Electoral Act (amendment) Bill.

Buhari, however, highlighted the need to amend Section 84(12) of the Act, which contravenes the rights of political office holders to vote, or be voted for in political party conventions and congresses, in line with the nation’s 1999 Constitution (as amended).

“Section 84 (12) constitutes a disenfranchisement of serving political office holders from voting or being voted for at Conventions or Congresses of any political party, for the purpose of the nomination of candidates for any election in cases where it holds earlier than 30 days to the National Election”, he said.

Buhari commended the National Assembly for its commitment and dedication to improving on the previous Electoral Bill 2021.

The president said he received inputs from relevant Ministries, Departments and Agencies of government, after careful and thorough reviews of the bill and its implications to democratic processes, before signing the Electoral Act (Amendment) Bill 2022 into law.

Buhari noted that the National Assembly forwarded the Electoral Bill for Presidential Assent, via a letter dated Jan. 31, 2022.

The leadership of the National Assembly, led by the Senate President, Ahmad Lawan and the Speaker, House of Representatives, Femi Gbajabiamila, witnessed the signing of the Bill at the Council Chamber, State House, Abuja, yesterday.

Others at the Council Chamber included Chairman, Nigerian Governors’ Forum (NGF) Kayode Fayemi, Chairman of the Independent National Electoral Commission (INEC), Prof. Mahmood Yakubu, Secretary to the Government of the Federation (AGF), Boss Mustapha and the Chief of Staff to the President, Prof. Ibrahim Gambari.