A pro-democracy, policy and research think-tank, Centre for Democracy and Development, (CDD), has said it was shocked by President Muhammadu Buhari’s decision to decline assent to the Electoral Bill 2021 passed and transmitted to him by the National Assembly. 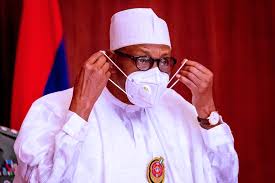 A statement issued yesterday by the CDD, signed by its Director, Idayat Hassan, noted that Nigerians had all expected that President Buhari would write his name in gold as the President who bequeathed an improved electoral framework to the country.

“We must not allow a single provision to truncate the goodness in the proposed Electoral Bill”, she insisted.

The CDD added that Nigeria is in dire need of a new and robust framework for the conduct of elections, noting that the reform in the Electoral Bill 2021 will improve the quality of elections, thereby imbuing citizens’ trust in our democracy.

“The National Assembly, as the true representative of the people, must not allow the huge human and financial resources that went into the Electoral Bill 2021 – from drafting to readings at the floor, the public hearing, the committee works, the retreat, the conference committee et al – to go to waste”.

“The National Assembly must act, and the time is now. Save our Elections and our Democracy!”, she stated.