Some aggrieved members of the 9th Assembly accused Attorney-General of the Federation (AGF) and Minister of Justice, Abubakar Malami, (SAN), of misleading President Muhammadu Buhari that led to his decision to withhold assent to the Electoral Act (amendment) Bill, 2021. 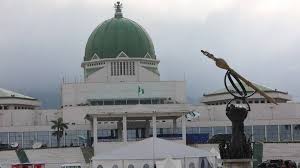 Hon. Kuye, who frowned at Malami’s forceful and bitter verbal attack on the Parliamentarians, dismissed insinuation that the National Assembly was insensitive, discriminatory and supports insecurity, as alleged. While acknowledging that the Minister is entitled to his opinion, Hon. Kuye stressed the need for the National Assembly to resist any attempt to destroy its credibility and the existing relationship between the Legislative and Executive arms of government.

Recall that the Speaker, Hon. Femi Gbajabiamila after receiving the President’s letter on his decision to withhold assent to the Electoral Act Amendment bill, 2021, disclosed that the Parliament would not throw away the bill just because President Buhari declined assent because of the direct primary clause.

According to him, “When we return in the new year, we will resume our efforts to reform the electoral system in our country. And we will do it together. That is what the Nigerian people expect of us, and we will do our duty for God and our country”.