The Inspector-General of Police, (IGP), Usman Baba, has said the rumoured strike to be embarked by police personnel in the country would amount to mutiny and disobedience to a lawful order. 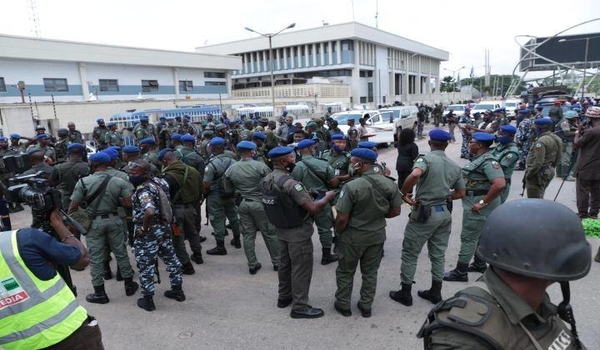 Speaking through the Deputy Inspector-General, DIG, Johnson Kokumo, during an interactive session with men of the Ondo Command, in Akure, the Police boss appealed to its personnel in the country to shelve the planned nationwide strike in the interest of the country.

He said the planned strike was not necessary, saying the police authorities have been looking into all the issues raised by the officers and men to ensure better working conditions for them.

Kokumo, who is in charge of South-West States Zone, admonished the policemen in the state not to allow some faceless individuals to lure them into an action that is inimical to the profession.

He said “There is a need to reach out to you all. When there is a plan and you are not aware, you cannot be blamed. So, I’m here to intimate you on the plans of the President and IGP for you.

“The President had announced a salary increase for police personnel and it is being processed, with computation already being made. There is a process it must take and there are a number of departments involved in the process. It will be done within the shortest possible time and you shall smile soon.

“Do not engage in any form of strike action. Where have you heard that any police officer have embarked on strike? Such a move is mutinous, and I pray that you will not be found committing mutiny.

“I want to assure you that there shall be a better salary soon. I want to caution that you don’t allow disgruntled elements to lure you into anything criminal”, he stated.

He disclosed that the Police authorities have been making efforts to ensure that the Force opt-out from the contributory pension scheme.

Earlier, the Assistant Inspector-General of Police, AIG, in-charge of Zone-17, comprising Ekiti and Ondo States, AIG Ene Okon, assured that there were no plans by policemen attached to the Zone to embarked on the rumoured strike action.

Also, the Ondo Police Commissioner, Oyediran Oyeyemi, assured the IGP that policemen under his Command will not engage in anything that will dent the image of the profession.