The Chief of Defense Staff, General Lucky Irabor, has faulted the procedure adopted in the release of a document said to be the report of the Lagos Judicial Panel of Inquiry on Police brutality. 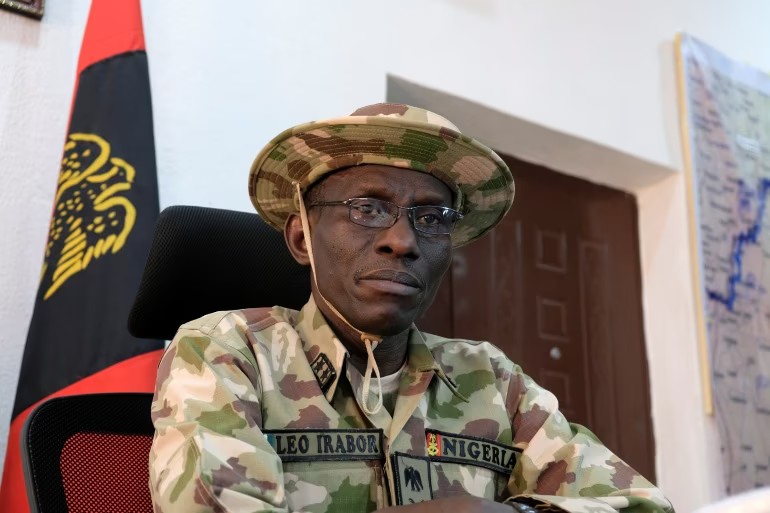 The leaked report had indicted officers of the Nigerian Army for killing “unarmed helpless and defenseless protesters, without provocation or justification, while they were waving the Nigerian Flag and singing the National Anthem” at the Lekki Toll Gate on October 20, 2020.

Gen. Irabor stated this on Tuesday, in Edo State, while absolving the Nigerian Military of any blame over the Lekki massacre shortly after a courtesy visit on Governor Godwin Obaseki in the Government House.

The CDS, while reacting to the Lagos State Judicial Panel’s report, which indicated that at least nine persons were killed and 39 others injured at the Lekki Toll Gate during the October 20, 2020 #EndSARS protest, said only a White Paper report can confirm the alleged incident.

Speaking to journalists, Irabor assured that the Nigerian Armed Forces remain committed to their professional calling of protecting the territorial integrity of Nigeria, just as he cautioned Nigerians against making inciting comments on what is happening across the country.

When asked about his stance on the report of the Judicial Panel of Inquiry on Restitution for Victims of SARS Related Abuses and other matters, the CDS said only the white paper that would be generated from the findings could confirm the contents of the report.

He stated that the armed forces are conducting operations across the country, including battles against criminals in Edo forests and waterways, and should not be compared to the Police.

The General complained about the release of the report “through a wrong channel (social media)”, adding that the military will fully speak when the technical paper is out.

He said officers and men are committed to constitutional mandates and as such, Nigerians should stop making disparaging remarks regarding the personnel.