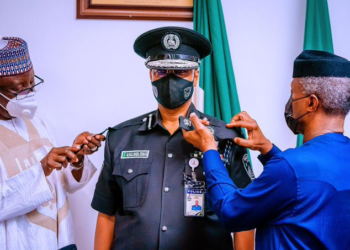 The decoration was done at the Aso Rock Presidential Villa in Abuja.

Osinbajo asked the new IGP to ensure the Nigeria Police regains the trust of Nigerians The Vice-President also urged the Acting Police boss to restore dignity to the force as soon as possible and encouraged the new IGP to “stamp out the excesses and abuses and the culture of impunity” from the Nigerian Police. 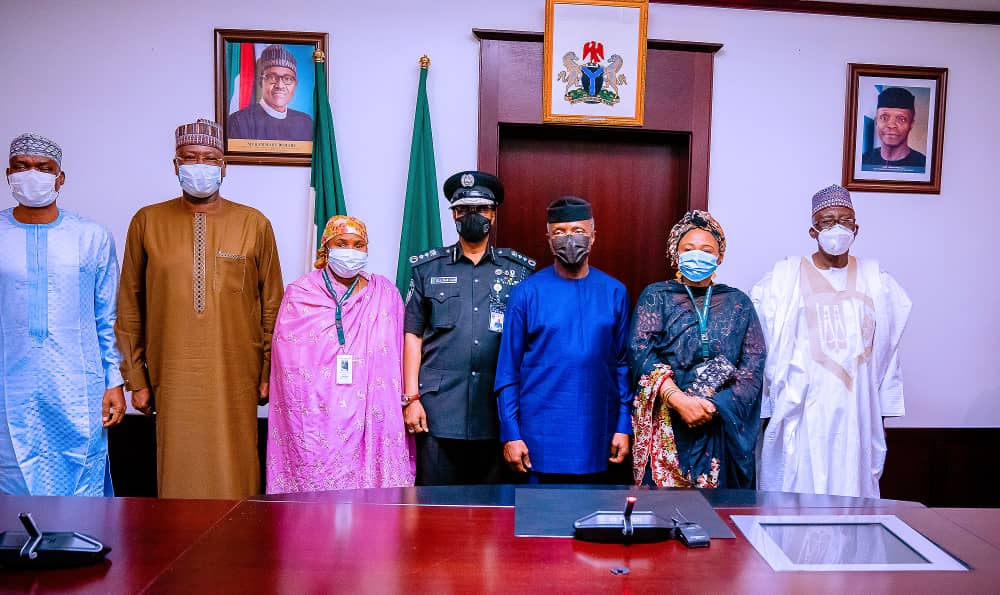 Osinbajo reminded Baba of the security challenges facing the country, asking him to get to work immediately and curb the multiple threats to law, order, and public safety.

The vice-president advised Baba to implement community policing in order to curb the growing insecurity in the country.

Recall that President Muhammadu Buhari on Tuesday, approved the appointment of Baba as the new Acting IGP, to take over from Mohammed Adamu.